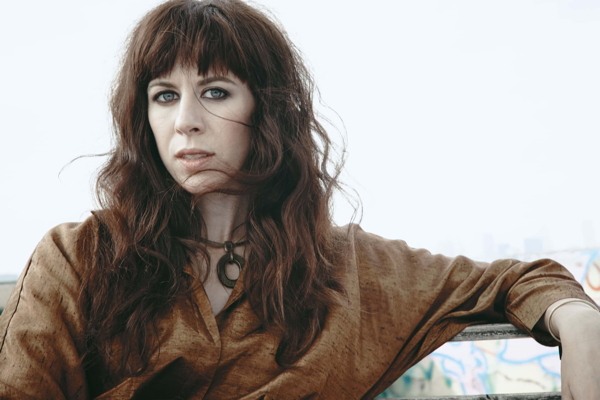 In the context of Strauss's opera, the sextet is the work of the Flamand, a composer vying with the poet Olivier for the affections of The Countess. The opera opens with the two suitors listening to a performance of the piece, after which the opera proper begins. It's short (around 12 minutes), romantic, and richly contrapuntal, much like Strauss's "Metamorphosen" from the SLSO's October 22-24 concerts, although without the funereal feeling. Listen to this performance by members of the Vancouver Recital Society with a synchronized display of the score to get a feel for the rich texture of the piece.

Ms. Mazzoli's short (five minutes) piece is contrapuntal as well, but in this case the counterpoint combines echoes of the solo violin line and electronic sounds stored on a computer. The piece has an odd otherworldly quality that calls up images of ancient cloisters and ghostly choirs. Originally performed by Monica Germino (violin) and Frank van der Weij (sound) on October 11, 2014 at the Grand Theatre, Groningen, The Netherlands as part of the Sounds of Music Festival, "Vespers" is well-represented on line, with perhaps the most interesting performance being one Jennifer Koh did for NYC classical station WQXR with the composer herself controlling the Apple laptop and mixer.

Schoenberg wrote "Verklärte Nacht" in 1899 when the composer was a struggling (and starving) artist still trying to find his own musical voice and deeply in love with Mathilde von Zemlinsky (the sister of his teacher Alexander von Zemlinsky), who would eventually become the composer's wife. Maybe that's one reason he was so taken with Richard Dehmel's 1896 poem of the same title.

Originally published as part of the collection "Weib und Welt" ("Woman and World"), the poem aroused considerable ire among religious and cultural conservatives because of its subject matter, as described in the Encyclopedia Britannica:

The poem’s essence concerns acceptance and understanding. A couple is walking in the night. They are in love, but the woman is pregnant with the child of another man, not her present lover. She fears that her lover will condemn her and abandon her, yet the beauty of the evening and the intensity of their love overcome their difficulties. “Oh look,” the man exclaims, “how the universe glitters!” and their lives are transfigured by the night.

Schoenberg's music follows the poem's narrative with five sections that match each of the poem's five stanzas. But it does so in one unbroken outpouring of music which, as Tim Munro writes in the program notes, can make it "a challenging listen." Fortunately there are plenty of performances available on line, including one from 1955 by the Hollywood String Quartet (a group founded by Felix Slatkin, father of former SLSO Music Director Leonard Slatkin). That one includes a synchronized display of the score, which is always helpful. For more up-to-date sound, try the Quatour Ebène video recorded at the 2014 Wissembourg Festival.

The SLSO continues to offer digital concerts in addition to live concerts through May. For more information, visit the SLSO web site.