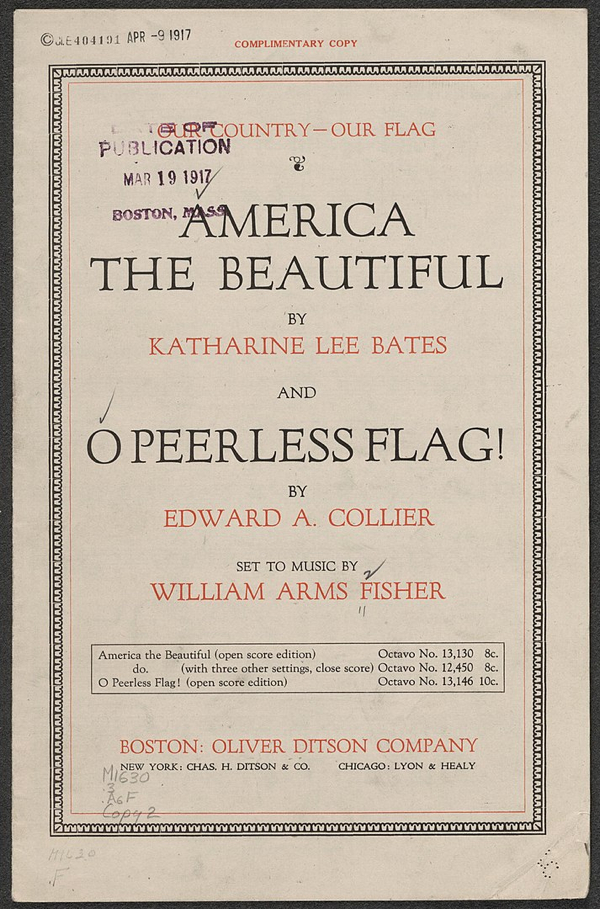 The title of the concerts in which Conductor Laureate Leonard Slatkin is conducting St.Louis Symphony Orchestra (SLSO) this weekend (October 9 and 10) is "Made in America." And it does, in fact, consist of three works composed here in the USA—two by contemporary native-born contemporary composers and one by a political refugee who died in 1945, shortly after becoming a citizen.

The concerts take their title from the opening work, the tone poem "Made in America." It was written in 2005 by Joan Tower, who was Composer-in-Residence with the SLSO from 1983 to 1987 when the Music Director was, of course, Leonard Slatkin. A pianist and conductor as well as a composer, Tower's list of achievements and awards (including a Grammy) is a long one. Her music has been described as "sophisticated and technically demanding, yet extremely approachable," which pretty well sums up the sound of "Made in America."

"Made in America" is inspired by (but only occasionally quotes) a patriotic song which, if I had my way, would be our national anthem. "When I started composing this piece," writes Tower, "the song 'America the Beautiful' kept coming into my consciousness and eventually became the main theme for the work. The beauty of the song is undeniable and I loved working with it as a musical idea." You hear hints of it in the energetic opening and again, more clearly, in the more tranquil section that follows. It's often interrupted by and in conflict with more aggressive and ominous themes. "A musical struggle is heard throughout the work," Tower notes. "Perhaps it was my unconscious reacting to the challenge of how do we keep America beautiful."  Surely that challenge is even more serious now than it was sixteen years ago.

"Made in America" uses "America the Beautiful" in much the same way Tchaikovsky uses "God Save the Tsar" in his "The Year 1812 Solemn Overture" or the way Beethoven uses "Rule Britannia" in "Wellington's Victory": as a way to musically represent a conflict between the nation (and its ideals) and opposing forces. The victory is less clear-cut for Tower than for Tchaikovsky or Beethoven, but it's a victory nevertheless.

Up next is William Bolcom's Violin Concerto. Although composed in 1983, this is its St. Louis premiere. It's great fun—a thoroughly enjoyable tribute to American popular music in the first few decades of the 20th century.

The concerto was written expressly for noted virtuoso Sergiu Luca (the soloist in the recording in my playlist), who was at the time "reveling in his newly-acquired jazz technique," according to Derek Bremel the Music Director of the American Composers Orchestra:

Inspired by the playing of the great jazz violinist Joe Venuti (a contemporary of Gershwin with whom Bolcom once jammed), the work is a true hybrid, combining bluesy lyricism with pulsating rhythms and more than a hint of crunchy chromaticism and polytonal clusters. Bolcom is a master orchestrator; just listen to the way he contrasts the colors of winds and strings in the gorgeously lush and moody second movement.

William Bolcom, for those of you who unfamiliar with the name, is an impressively eclectic composer and performer whose work often bridges (and even completely obliterates) the line between "popular" and "classical" music. His operas and concert works have been performed all over the world, but he has also written cabaret songs and piano rags. With his wife, mezzo-soprano Joan Morris, he has recorded many wonderful discs of American popular songs, ranging from Vaudeville-era tunes to the songs of rock and roll pioneers Leiber and Stoller.

It's no surprise, then, that Bolcom's violin concerto is strongly colored by the sounds of ragtime and the kind of "hot jazz" that was pioneered by Venuti, whose career flourished in the 1920s and '30. You can hear that almost immediately in the syncopated, ragtime-style melody on the solo violin that opens the first movement. That shortly gives way to a shorter and more agitated theme that eventually explodes into an angry orchestral outburst. A short virtuoso cadenza for the soloist leads to a kind of drunken waltz melody that returns us, in the final measures, to that original ragtime dance.

The second movement has its anguished moments as well, beginning with a dissonant lament in the winds, but for the most part it's dominated by a tender theme that feels like it wants to turn into a romantic 1940s ballad but never quite makes the transition. Another brief cadenza leads without pause to the lively finale where, as Mr. Bremel notes, the solo line "includes many of Venuti's signature inflections—including sliding sixths and alternating left- and right-hand pizzicato (string plucking)." There are definitely toe-tapping moments here and times when you'll be tempted to hum along with the soloist—which is not something I often find myself saying about newer music.

The concerto was originally scheduled for last April with SLSO Concertmaster David Halen as the soloist and I"m happy to report that Halen will be filling that role this weekend as well.

William Bolcom has a local connection, by the way. His "Session I" and Symphony No. 4 were recorded by Leonard Slatkin and the SLSO back in 1988. The symphony was commissioned by Slatkin and the SLSO, whose performance of it on March 13th, 1987, was the world premiere.

The concerts will close with the work by that eminent émigré, Béla Bartók. His "Concerto for Orchestra" was commissioned by the Boston Symphony Orchestra's famed music director Serge Koussevitzky in 1943 when the composer's finances and health were both bottoming out, and the composition process worked like a tonic. Bartók threw himself into the project and the final result has been part of the core orchestral repertoire ever since.

“The title of this symphony-like orchestral work," wrote the composer in his program note for the 1944 premiere by Koussevitzky and the BSO, "is explained by its tendency to treat the single orchestral instruments in a concertante or soloistic manner." Throughout the piece individual groups of instruments or even entire sections of the orchestra are given difficult, attention-grabbing passages which highlight them. This is most apparent in the Giuoco delle coppie ("Game of couples") second movement, in which the melody is tossed about among pairs of bassoons, oboes, clarinets, flutes, and trumpets, but there are neat little solos for trombone and oboe in the first movement and the strings get a real workout in the fiery finale. Pretty much every section gets a chance to join in the fun.

This is, as René Spencer Saller wrote in her program notes for the last SLSO performance in 2017, a work that "boasts brisk contrasts and strange symmetries...a storehouse of stylistic touchstones: Bach fugues, peasant folk songs, angular tonal experiments, birdsong, night music." “The general mood of the work," wrote Bartók, "represents...a gradual transition from the sternness of the first movement and the lugubrious death-song of the third, to the life-assertion of the last one.”

It is, in any case, a work that is likely to be familiar to most of you. If not, check out the 2014 recording by the Hungarian National Philharmonic under Zoltán Kocsis in the playlist.

The Essentials: Leonard Slatkin conducts the St. Louis Symphony Orchestra and violin soloist David Halen in Joan Tower's "Made in America," William Bolcom's Violin Concerto, and Batók's "Concerto for Orchestra." Performances are Saturday at 8 pm and Sunday at 3 pm, October 9 and 10.