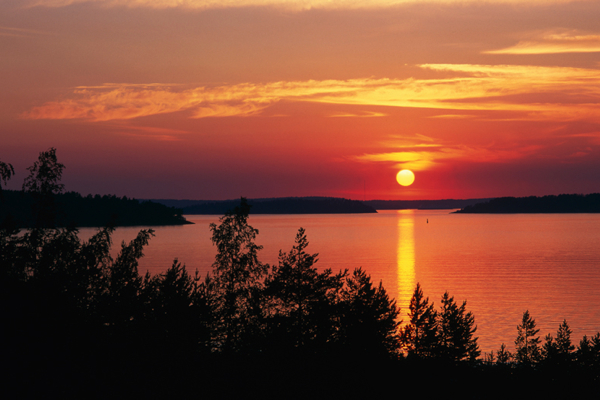 Symphony Preview: The times, they are a-changin'

This weekend (Friday and Saturday, October 15 and 16) John Storgårds, Chief Conductor of the Helsinki Philharmonic and a frequent guest here, conducts the St. Louis Symphony Orchestra (SLSO) in a program entitled “Changing Times.” Like last week’s concerts, it takes its title from the opening work.

Last weekend the curtain-raiser was Joan Tower’s “Made in America.” This weekend it’s Haydn’s Symphony No. 64, "Tempora mutantur,” which translates as “the times change.” Although composed between 1773 and 1778, this symphony, like Tower’s tone poem, is getting its first SLSO performance this weekend.

I hadn’t listened to Haydn’s symphony in quite some time and had forgotten that the nickname, unlike that affixed to so many of Haydn’s symphonies, was actually chosen by the composer himself. I had also forgotten that it refers mostly to the Largo second movement in which the composer, who was fond of confounding audience expectations, seriously messes with the listener’s sense of musical time.

Although entirely in three-quarter time (three beats per measure, each beat is a quarter note), the movement often sounds like the time signature has changed or that the music has stopped altogether. On top of that, musical phrases often don’t resolve as you would expect them to, or they just stop before heading off in another direction.

Late 18th-century audiences would have been either baffled or just amused. Given Haydn’s penchant for musical pranks (e.g. the “Surprise” Symphony or the “Joke” Quartet), I imagine the latter would be more common. The relative brevity (together they run about as long as the Largo all by itself) and abrupt endings of the third and fourth movements might also be seen as messing with one’s sense of time.

Time also feels a bit out of joint at the start of the next work: the 2019 Piano Concerto by contemporary (b. 1971) English composer Thomas Adès. With an abrupt beginning, in which the piano immediately launches into the jazzy main theme after a single thump on the bass drum, the concerto seems to begin in mid-thought. The overall mood alternates between dramatic and playful, with the piano sometimes contending with thick, complex orchestral textures.

In the Andante gravemente second movement the mood darkens, with the piano playing heavily ornamented, Chopinesque figures up at the right end of the keyboard over an ominous orchestral dirge. Alas, the piano is eventually dragged down into the lower musical depths, and the movement ends (to quote T.S. Eliot’s “The Hollow Men”) “not with a bang but with a whimper.” The mood turns light (if somewhat frenzied) in the final Allegro giocoso movement, as the piano explicitly rejects the gloom that has gone before in what the composer describes as a “call to arms” that presages all-out war with the orchestra. “There is here a good deal of argument,” writes Adès, “with frequent differences of opinion as regards key.”

The piano part in all three movements is as demanding as hell but given that the soloist this weekend is the composer’s frequent collaborator Kirill Gerstein (who premiered the piece in 2019 with the Boston Symphony) it’s reasonable to presume it will be in good hands. That world premiere performance, in fact, is the one you can hear in my Spotify playlist.

The second half of the concert opens with another work that was first performed in 2019, the “Midnight Sun Variations” by contemporary (b. 1985) Finnish composer Outi Tarkiainen.

In the interview during the broadcast of the world premiere performance at the 2019 BBC Proms, Tarkiainen talked about how she composed the work during the birth of her first child and how this influenced the music.  The work, she noted, is “about the colors of the northern sky during the summer when the light is always there, when the sun never sets…shades of the light are very special, and the colors of the landscape because of that. It’s about that opening of light but also about the opening of a woman’s body to accommodate a new life.”

She also revealed that she is synesthetic—someone who literally sees music as colors—and that this also influenced the composition process. In this respect, she’s in some august company, including Scriabin, Rimski-Korsakov, and Gully Foyle in Alfred Bester’s science fiction classic “The Stars My Destination.”

You don’t need Tarkiainen’s ability to actually see sound to visualize the colors of the “Midnight Sun Variations,” though. The spare, woodwind-heavy opening readily conjures up visions of an eerie, dreamlike landscape lit by cool, quasi dawn. Then the strings enter and, as the composer notes in her interview, the colors become warmer and brighter, and the orchestra builds to a massive explosion of sound. The light then slowly dies as the music fades ever so gradually into total silence. Like her fellow countryman Sibelius, Tarkiainen is strongly influenced by nature in general and particularly by her native Lapland, the northernmost third of Finland, with its seven-month winter and, of course, the Aurora Borealis. All of that is vividly present in this music.

The performance in the YouTube link I provided starts at 31:44 but I’d recommend joining a few minutes before that to see the full interview with Tarkiainen. This is the only performance of the work available online (hence its absence from the Spotify playlist), but fortunately the BBC channel is commercial-free and, better yet, the conductor at that world premiere was none other than John Storgårds.

The final work on the program takes us slightly to the south for the Symphony No. 4 (subtitled "The Inextinguishable") by twentieth-century Danish composer Carl Nielsen. Like the “Midnight Sun Variations,” it’s also a celebration of life and light. Unlike Tarkiainen’s work, Nielsen’s was inspired not by personal joy but by a public tragedy.

Written between 1914 and 1916, the fourth and the subsequent fifth symphony (from 1920) both bear the scars of The War to End All Wars. "Although Denmark was not drawn into the First World War," writes British musicologist and broadcaster Robert Layton in his notes for the 1988 Paavo Berglund/Royal Danish Orchestra recording, "the unremitting slaughter and senseless destruction haunted Nielsen's imagination. It was quite evident that the war presented the great divide in the affairs of mankind and that life could never be the same again. Nielsen's music assumed a new mantle; its harmonies are less rich, its textures denser and darker, and with the greater complexity of dissonance."

Nielsen's personal life was in disorder as well at the time—his infidelity was causing his marriage to unravel—but there's little doubt that, even as a citizen of neutral Denmark, he viewed the cataclysm engulfing most of Europe with horror. "It's as if the world is disintegrating," he wrote in an often-quoted letter to a friend. "National feeling, that until now was distinguished as something lofty and beautiful, has become a spiritual syphilis." Sadly, little seems to have changed in the intervening century.

Like the Adès concerto, Nielsen's symphony jumps out at you from the first notes with a leaping, aggressive theme that quickly dissolves into sad descending figures in the flutes and the first statement of a theme that will eventually morph into a triumphant declaration by the end of the final movement. There's a headlong rush in the music of this symphony that reminds us of the fact that Nielsen, like G. B. Shaw, believed in a kind of pantheistic "life force" that pervaded all of nature. It's that force that Nielsen saw as "inextinguishable," even in the face of war and death. As he wrote in his program notes for the piece, "music is life, and like it inextinguishable."

That force is demonstrated most dramatically in the famous "tympani battle" in the final movement, in which tympani players placed on opposite sides of the orchestra fire volleys of sound at each other. "It's as if we are answering each other," said timpanist Shannon Wood in program notes for the SLSO’s last performance of the symphony in 2014. "One timpani goes at it, then the other timpani goes at it. You can think of it like guitar duels in rock concerts. Maybe I'll toss my stick out to the audience at the end. Or I'll kick the drums Keith Moon style.” Wood will be there again this weekend, slugging it out with Edouard Beyens, so we'll see if anything gets tossed this time around.

The Essentials: John Storgårds conducts the St. Louis Symphony Orchestra along with soloist Kirill Gerstein in Haydn’s Symphony No. 64, Thomas Adès’s Piano Concerto, Outi Tarkiainen’s “Midnight Sun Variations,” and Nielsen’s Symphony No. 4. Performances are Friday at 7:30 pm and Saturday at 8 pm, October 15 and 16.