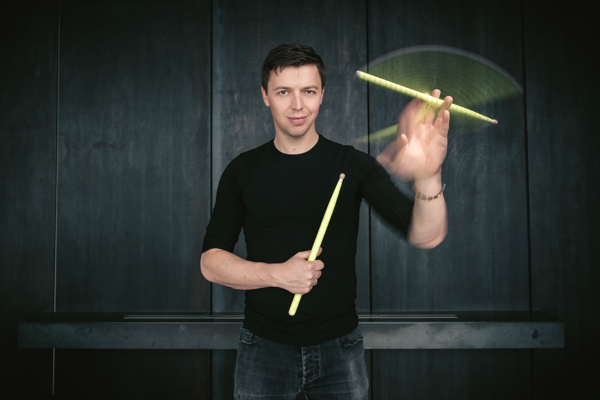 This weekend (February 5 and 6) guest conductor Elim Chan makes her St. Louis Symphony Orchestra debut with a pair of big orchestral works that have in common the year 2012 but not much else.

That’s the year in which Tan Dun’s percussion concerto “The Tears of Nature” (making its St. Louis debut this weekend) had its world premiere, with the composer conducting the NDR Symphony Orchestra. It’s also the year in which Tchaikovsky’s Symphony No. 2 last graced the Powell Hall stage, with Peter Oundjian on the podium.

Tan Dun is probably best known here in the USA for his film and multimedia work—most notably his score for "Crouching Tiger, Hidden Dragon" in 2000—but his musical interests are wide-ranging and heavily weighted toward the theatrical. Some of his earliest works were written for the stage and even his concert pieces often have extra-musical reference points. A good example is his contrabass concerto “The Wolf,” performed here in 2015.

In the case of “The Tears of Nature” those points of reference are the natural world and humanity’s relationship with it—which is not always harmonious. In fact, each of the concerto’s three movements was inspired by a natural disaster. The first movement, “Summer,” is based on the composer’s memories of the Sichuan earthquake in 2008. The second, “Autumn,” rose out of television coverage of the 2011 Tōhoku earthquake and tsunami in Japan. And the last, “Winter,” is Tan Dun’s expression of “awe and affection for New York City and its residents” in the wake of Hurricane Sandy in 2012.

“Although the three movements in this concerto are about three natural disasters in different cities,” writes the composer, “they all share in the same memory, one where the human spirit stays strong. This concerto commemorates human spirit as it lives, fights and dances with nature.”

Tan Dun’s theatrical background can also be seen in the staging of the concerto. Page four of the printed score, for example, contains a diagram dictating the location of the tympani set (center behind the orchestra) vs. the circle of different percussion instruments where the soloist spends most of his time (downstage, next to the conductor). There’s even an indication of the path the soloist should take through the orchestra as he moves between the two sets of instruments in the first movement while softly tapping a pair of small stones.

I could go on, but there’s an excellent description of “The Tears of Nature” by the composer himself in this weekend’s program notes, as well as an even more detailed account by Deanna Hudgins for the Los Angeles Philharmonic’s American premiere in 2013 at the orchestra’s web site.

There’s also a complete performance by the Orquesta Filarmónica de Medellín on YouTube. The soloist is Martin Grubinger, for whom the work was written and who will be in the drum circle this weekend. It has been arbitrarily sliced up into three segments, the last of which contains the final two and one-half minutes of the concerto followed by Astor Piazzola’s “Libertango.”  Grubinger concludes the video with what is apparently his trademark encore, a flashy display of snare drum technique that is as much acrobatic performance as it is music. For your convenience, I have stitched all three videos together into a single playlist so you won’t have to poke around YouTube trying to find all of them.

One last interesting aspect of “The Tears of Nature” is that Tan Dun suggests, in his introduction to the score, that each of the three movements can be played individually and that the concerto as a whole is “ideally programmed in the first half with Stravinsky’s Rite of Spring in the second half as the piece was commissioned to commemorate the 100th anniversary of The Rite of Spring.”

That won’t be the case this weekend, as the program will conclude with a much earlier work by a Russian composer, Tchaikovsky’s Symphony No. 2, nicknamed the “Little Russian” for its use of folk material from Ukraine (a.k.a. “Little Russia”). Given that Big Russia is currently trying (as it has in the past) to take over Ukraine whether the latter likes it or not, the inclusion of the work this weekend turns out to be unexpectedly timely.

Ironically, Tchaikovsky’s use of those folk songs was seen as an expression of Russian rather than Ukrainian nationalism because when the work was composed in 1872, most of Ukraine was firmly in the possession of the Russian Empire. The group of nationalist composers known as “The Russian Five” (Borodin, Balakirev, César Cui, Mussorgsky, and Rimski-Korsakov) were particularly taken with it because of the way Tchaikovsky infused the entire work with the harmonic and melodic characteristics of Russian folk material. By 1880, though, the composer had changed his mind, producing a more streamlined revision that is the one usually heard today.

That’s the one you’ll hear this weekend and also the one in my Spotify playlist, since recordings of the original are hard to find. That said, Geoffrey Simon’s London Symphony Orchestra recording of the original can be heard on YouTube. Or, if you just want to compare the two very different versions of the first movement (which is where Tchaikovsky made the biggest changes), the recording by Mikhail Pletnev and the Russian National Orchestra in my playlist incudes both.

I am, in any case, an admirer of Tchaikovsky’s first three symphonies. In my view, they don’t get nearly the respect they deserve, so it's delightful to see this one on an SLSO program for the first time in nearly a decade.

Finally, for those of you interested in a sample of guest conductor Chan's work, the January 31 episode of SymphonyCast consists of Chan conducting the Los Angeles Philharmonic Orchestra in a special Chinese New Year program. It's a mix of music by both Chinese and Western composers, opening with Li Huanzhi's rousing "Spring Festival Overture." As I write this, it's helping warm up my brain having spent the last half-hour shoveling snow. Chan is also well-represented on YouTube with videos of her conducting Tchaikovsky's Symphony No. 5 and Rimski-Korsakov's "Sheherazade" with the Rotterdam Philharmonic.

The Essentials: Conductor Elim Chan conducts the St. Louis Symphony Orchestra and soloist Martin Grubinger in Tan Dun’s percussion concerto “The Tears of Nature” and the 1880 revision of Tchaikovsky’s Symphony No. 2  (“Little Russian”) Saturday at 8 pm and Sunday at 3 pm, February 5 and 6. Performances take place at Powell Symphony Hall in Grand Center. Saturday’s concert will also be broadcast live on St. Louis Public Radio and Classical 103.7 both over the air and on the Internet.