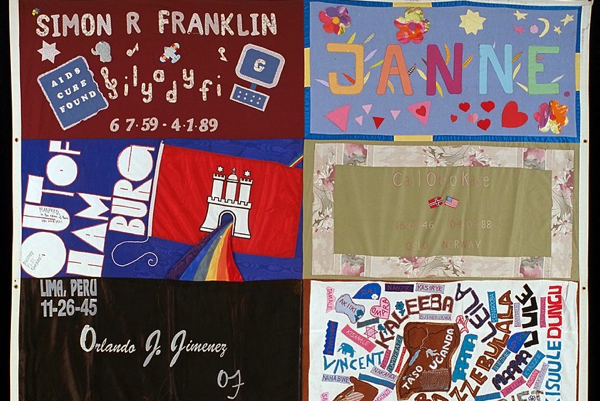 This weekend (Friday through Sunday, October 14-16) the St. Louis Symphony Orchestra offers two separate and very different concerts. Friday night at 6:30 Norman Huynh conducts the orchestra and singer/songwriter Gabriel Kahane in a special Crafted Series program of a suite from Copland's "Appalachian Spring" along with selections from Kahane's albums "Magnificent Bird” and “Book of Travelers." Saturday night and Sunday afternoon brings a more traditional program as Hannu Lintu leads the orchestra and pianist Kirill Gerstein in Rachmaninoff’s Piano Concerto No. 2 and John Corigliano’s Symphony No. 1.

[Preview the music with my commercial-free Spotify playlists for Friday and the Saturday/Sunday concerts.]

Let’s take a quick look at the Crafted concert first. The Crafted series of short programs features happy hour drink specials, food samples (this week from Mai Lee, Dad's Cookies, Hendri's Events,  and Pretzel Pretzel) and drink samples (this week from Breakthru Beverage and Urban Chestnut Brewing Company). All seats are a single price and audience members get to mingle with SLSO musicians after the concert. The atmosphere is informal, and the music tends to be more friendly for folks who aren’t regular customers of the subscription season.

Copland’s suite is famous enough to need little introduction, but if you’d like a bit more detail, check out what I wrote for the orchestra’s April 2021 performance. Kahane’s work, on the other hand, may be less familiar to classical music fans. A multi-faceted artist whose music blurs the lines between “popular” and “classical,” Kahane is also a prolific writer who gives free rein to his many views on his “Words and Music” blog at Substack.

Listen to his music on the Spotify playlist, check out his blog, and enjoy the experience.

The Saturday and Sunday concerts consist of two hefty compositions, both of which have their origins in emotional pain. Rachmaninoff’s concerto came about after a serious bout of depression and Corigliano’s 1988 symphony was the composer’s response to the HIV/AIDS pandemic that was devastating the human race in general and the gay community in particular.

Like so many of us in the arts community back then, both gay and straight, Corigliano lost far too many friends and family members to the deadly HIV virus before the medical community could come up with effective treatments and before the creators of public policy could be convinced that the pandemic should be treated as a public health crisis rather than a tool for cultural and political enforcement. His anger and grief are powerfully displayed in this four-movement work, which was inspired by a viewing of the famous AIDS Memorial Quilt.

Into its 50,000 panels are sewn the names of over 100,000 lives lost to HIV/AIDS. Three of them are memorialized in Corigliano’s symphony.

An ambitious and openly programmatic work, Corigliano’s Symphony No 1 is best approached after hearing Leonard Slatkin’s recording in the Spotify playlist and reading the composer’s detailed road map at his web site. It’s potent stuff, combining a contemporary harmonic palette with a level of emotional honesty that would not be out of place in the 19th century. If Berlioz were around today, he might have written something like this.

There’s plenty of emotional honesty in Rachmaninoff’s Piano Concerto No. 2, as well, although the mood is romantic and lyrical rather than angry. Which is somewhat miraculous, given the black despair that preceded its creation.

Rachmaninoff’s career got off to promising start. As Paul Schiavo pointed out in program notes for a 2015 performance of the Concerto No. 2. Rachmaninoff had, by the age of 20, "completed a piano concerto; an opera, Aleko, which was triumphantly produced at the Bolshoi Theater; several tone poems and chamber pieces; and a number of keyboard works, including the famous Prelude in C-sharp minor.” Rachmaninoff’s star was on the rise

Alas,  that star fell abruptly when the composer's "Symphony No. 1" had its St. Petersburg premiere in 1897. The performance was a debacle. Conductor Alexander Glazunov, a notorious alcoholic, was said to be conducting under the influence and critics hated it. César Cui, for example, famously wrote that if "there were a conservatory in Hell, if one of its talented students were instructed to write a program symphony on the ‘Seven Plagues of Egypt,’ and if he were to compose a symphony like Mr. Rachmaninoff’s, then he would have fulfilled his task brilliantly and would bring delight to the inhabitants of Hell.”

The psychological impact on the young Rachmaninoff's was devastating. "All my self-confidence broke down," he recalled, "and the artistic satisfaction that I had looked forward to was never realized." He spiraled down into a depression so severe that friends urged him to seek help from one Dr. Nikolai Dahl, who was then making a name for himself in Moscow with hypnotherapy.

Dahl hypnotized Rachmaninoff daily for three months. "Dahl had inquired what kind of composition was desired of me," recalled the composer, "and he was informed 'a concerto for pianoforte,' for I had promised this to people in London and had given up in despair the idea of writing it. In consequence, I heard repeated, day after day, the same hypnotic formula as I lay half somnolent in an armchair in Dr. Dahl's consulting room. 'You will start to compose a concerto—You will work with the greatest of ease—The composition will be of excellent quality.' Always it was the same, without interruption."

The result was everything Rachmaninoff could have hoped for. He took up composing with a new vigor. Ideas for the concerto "began to well up within me," he reported. The second the third movements were completed by the autumn on 1900 and by the spring on 1901 the entire work was ready for a November Moscow premiere under Alexander Siloti, with the composer at the piano. It was a hit with both critics and audiences and has remained so ever since. Rachmaninoff was on the comeback trail.

The Second may not be the best of Rachmaninoff's four piano concerti—both the revised First and (my favorite) the Third are more economical and generate more momentum—but its flashy (and technically demanding) solo passages, soaring melodies, and showy finale have made it a real crowd pleaser. From its famous seven-chord introduction to the big tune of the finale (popularized by Frank Sinatra in 1945 as “Full Moon and Empty Arms”), this is a concerto that is impossible to dislike.

The Essentials: Norman Huynh conducts the orchestra and singer/songwriter Gabriel Kahane in a special Crafted Series program of a suite from Copland's "Appalachian Spring" and selections from Kahane's albums "Magnificent Bird” and “Book of Travelers" on Friday, October 14, at 6:30 pm.  Guest conductor Hannu Lintu leads the orchestra and pianist Kirill Gerstein in a program of Rachmaninoff’s Piano Concerto No. 2 and John Corigliano’s Symphony No. 1 Performances are Saturday at 8 pm and Sunday at 2 pm, October 15 and 16. The Saturday concert will be broadcast live, as usual, on St. Louis Public Radio and Classic 107.3.