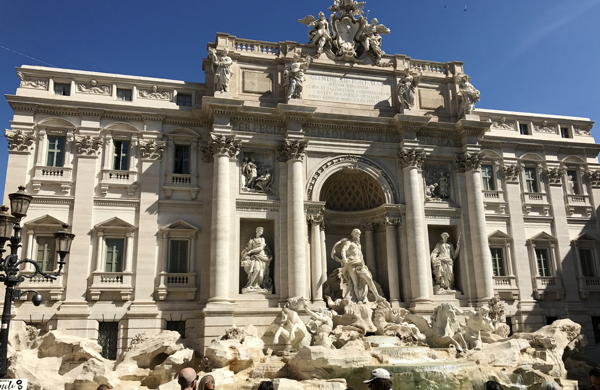 If you’re looking for something to be thankful for this weekend, look no farther than Powell Hall, where conductor Xian Zhang and pianist George Li  make their debuts with the St. Louis Symphony Orchestra Saturday and Sunday, November 26 and 27. They’ll be performing a program of some of my favorite works. They’re probably yours as well.


It all starts, appropriately, with an overture. It’s the one Gioacchino Rossini (1792-1868) wrote for his first big hit comedy, “L’Italiana in Algeri” (“The Italian Girl in Algiers”). The composer cranked it out in less than a month in response to a last-minute commission from Venice’s Teatro San Benedetto in late April 1813. The short time frame was the result of the failure of Carlo Coccia (1782-1873) to deliver an opera promised for the May slot.

Coccia’s loss was Rossini’s gain. “L’Italiana in Algeri” was the first of many successes for Rossini, and the lively overture is well-nigh irresistible. The composer’s humor shows up immediately in the single unexpected loud chord in the soft introduction and the inexorable tempo increases are an example of the sort of thing that would earn him the nickname of “Signor Crescendo.” Much fun.

Next is one of the great virtuoso showpieces of the twentieth century, the flashy "Rhapsody on a Theme of Paganini," Op. 49 written in 1934 by Sergei Rachmaninoff (1873-1943). The Russian expatriate was one of the previous century's great virtuoso pianists and the "Rhapsody" served him well as he toured America and Europe. He played the solo role in the premiere performance, of course—in Baltimore, Maryland, with the Philadelphia Orchestra conducted by another giant of 20th-century music, Leopold Stokowski.

The piece is a sort of mini-concerto, consisting of 24 variations on the twenty-fourth and last of Niccolò Paganini's "Caprices" for solo violin. It’s a tune that has proved irresistible for composers from Liszt to Andrew Lloyd Webber. Listen for the quote of the Latin plainchant "Dies Irae" (a theme that crops up often on Rachmaninoff's music) about a third of the way through and note the extreme technical difficulty of the last variation. Even Rachmaninoff was said to have found it scary.

It might not scare soloist George Li (b. 1995), though, judging from the reviews at his web site. The Washington Post is quoted as praising his “staggering technical prowess” in a 2015 concert while the New York Times liked his combination of “youthful abandon with utter command” in February 2016. Although born in Boston, Li made his orchestral debut at the ripe old age of 9 with the Xiamen Philharmonic and has concertized the world over.

Up next is “The Fountains of Rome,” the first in the very popular "Roman trilogy" of tone poems composed between 1916 and 1928 by Ottorino Respighi (1879-1936). In only fifteen minutes, “Fountains” takes you through a day in Rome. "In this symphonic poem", wrote Respighi in a preface to the score, "the composer has endeavored to give expression to the sentiments and visions suggested to him by four of Rome's fountains, contemplated at the hour when their characters are most in harmony with the surrounding landscape, or at which their beauty is most impressive to the observer."

We see the sun rise through the mists of the fountain at Valle Giulia, spend the morning frolicking with mythical creatures at the Triton Fountain, marvel at Neptune's majestic chariot at the Trevi Fountain at noon, and finally watch the sun go down behind the Fountain at Villa Medici. "The air is full of the sound of tolling bells, the twittering of birds, the rustling of leaves," Respighi concludes. "Then all dies peacefully into the silence of the night."

The only one of the three fountains I have seen in person is the Trevi, and I have to say Respighi certainly captured its glorious essence.

The concerts conclude with another Respighi blockbuster, "The Pines of Rome," the second tone poem in the trilogy evoking the sights and sounds of his native city--including the recorded song of a nightingale. Here's the composer himself (writing in the third person) describing what he had in mind (quoted in Dr. Richard E. Rodda's program notes for the National Symphony Orchestra):

While in his preceding work, Fountains of Rome, the composer sought to reproduce by means of tone an impression of nature, in Pines of Rome he uses nature as a point of departure, in order to recall memories and visions. The centuries-old trees which dominate so characteristically the Roman landscape become testimony for the principal events in Roman life.

"Pines" opens with children playing boisterously around "The Pines of the Villa Borghese," then changes to "The Pines Near a Catacomb," where a mysterious chant begins and then suddenly stops. Then the moon rises, and the music depicts the peaceful "Pines of the Janiculum" (a hill west of Rome with a spectacular view of the city), complete with the recorded nightingale.

The last (and most spectacular) movement is "The Pines of the Appian Way." "The tragic country is guarded by solitary pines," writes Respighi. "Indistinctly, incessantly, the rhythm of innumerable steps. To the poet's fantasy appears a vision of past glories; trumpets blare, and the army of the Consul advances brilliantly in the grandeur of a newly risen sun toward the Sacred Way, mounting in triumph the Capitoline Hill." It's exceptionally thrilling music that includes six offstage brass players representing the approaching army. If, as is often the case, they’re placed towards the rear of the house, you’ll get a genuine surround-sound experience.

It’s a big, ambitious program for Xian Zhang (b. 1973), but given that she’s now in her seventh season as Music Director of the New Jersey Symphony and started conducting at age 19 (Mozart’s “The Marriage of Figaro,” no less, with the China National Opera Orchestra), there seems little doubt that she will bring a wealth of experience to her St. Louis debut.

The Essentials: Conductor Xian Zhang and pianist George Li make their St. Louis Symphony Orchestra debuts performing the overture to Rossini’s opera “L'Italiana in Algeri,” Rachmaninoff’s “Rhapsody on a Theme of Paganini,” and Respighi’s “Fountains of Rome” and “Pines of Rome”. Performances are Saturday at 8 pm and Sunday at 3 pm, October 26 and 27. The Saturday concert will be broadcast live on St. Louis Public Radio and Classic 107.3.