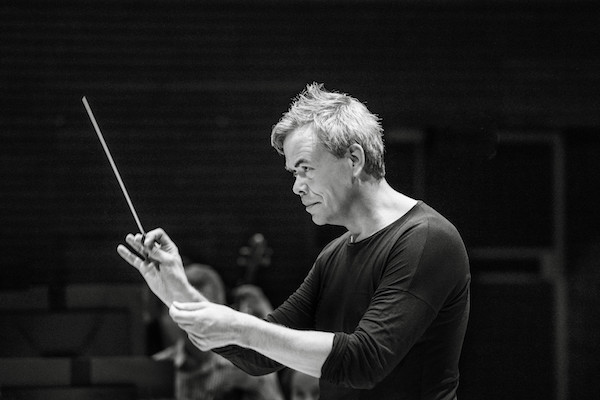 Heart and mind at the St. Louis Symphony, October 14-16

Although Antonin Dvorak's Cello Concerto in B Minor, dating from 1895, stands as one of the Romantic warhorses, it defies narrow definition into time, place or style. It is a work that bespeaks the natural world, with reverberant bird calls, forest whispers and tranquil reveries; yet the work also portrays the solo instrument as a dramatic and inspiring heroic figure poised on the stage of one's own imagination. Last weekend, two outstanding musicians, cellist Alban Gerhardt and conductor Hannu Lintu, joined forces with the St. Louis Symphony in one of the finest performances of this masterpiece in recent memory.

It is always remarkable when a guest conductor is able to bring out the very best from an orchestra he only occasionally works with, but Lintu played the SLSO as one magnificent instrument. Rarely has a conductor seemed so much at ease with such a large ensemble. His careful attentiveness to the soloist enabled Gerhardt to perform with an impassioned pathos at times, an almost playful sense here and there, both tinged with a certain rubato that allowed the concerto to seemingly break free of the constraints of rhythm and meter.

For his part, Alban Gerhardt is a consummate musician who plays without ego or excessive flash, allowing the music to sing through his hands. He elicits a resonant and refined tone from his Matteo Gofriller cello constructed in 1710 but at the same time imparts a baritone richness that somehow seems almost bigger than the instrument. His octave passages were impeccable, as was his eloquent phrasing of Dvorak's outpouring of melody. Notably, he was able to always project above the orchestra just the right amount to be heard without eclipsing the warmth of their accompaniment.

Following the intermission, Lintu turned to a vastly different work, the  score to Igor Stravinsky's ballet Petrushka, about a marionette clown, magically brought to life along with a marionette ballerina and Moor. Petrushka, the clown, falls in love with the ballerina, but his love is ill-fated as she finds herself drawn to the more dashing Moor. Stravinsky's style is brash and poundingly rhythmic; still, both his music and the Dvorak concerto bear a certain similarity in that they are both works of the heart. Both embody an emotional earnestness that makes each of these works tug at the listener. Dvorak captures the majesty of nature, whereas Stravinsky captures the fervency of human feeling.

It is always difficult to single out individual musicians within the SLSO, since all are performers of the highest rank. However, it is necessary to highlight the lyrical and technical expressiveness of principal flutist Mark Sparks in both the Dvorak and Stravinsky works. Additionally, pianist Peter Henderson also demonstrated rhythmic and technical mastery in the solo passages in Petrushka.

The program opened with Chain 3 by the Polish composer Witold Lutosławski. The piece derives its name from the fact that it is third in a series of pieces based on overlapping "chains" of musical thoughts. Unlike the Dvorak and Stravinsky works, Lutosławski's music is driven more by intellect than the heart. Although the various links of the chain he constructs are varied in terms of timbre, dynamics and rhythm, they share in common the atonality (avoidance of keys or tonal centers) that characterized much of the music of the late 20th century.