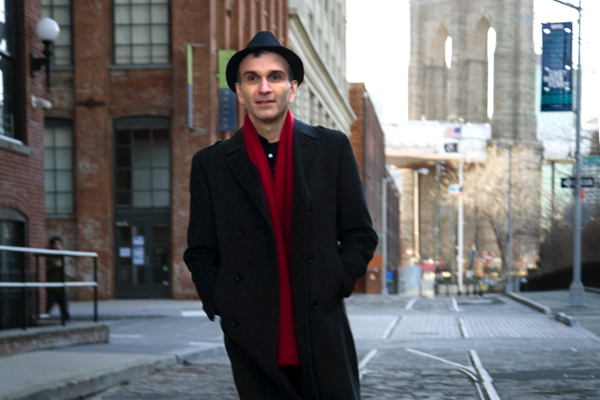 The St. Louis Symphony’s all-American program is even better the second time around

If this past weekend's St. Louis Symphony Orchestra program provoked a strong sense of déjà vu in the audience, it's because the orchestra presented a nearly identical program three years ago. The two major works--Erich Wolfgang Korngold's Violin Concerto and Dvořák's "New World" symphony--were the same, as were the conductor (David Robertson) and the soloist (Gil Shaham).

The only difference, in fact, was in the short opening work. Three years ago is was Ingram Marshall's Bright Kingdom. This time around it was The Chairman Dances, Foxtrot for Orchestra by John Adams. But that was familiar as well, having last been performed by the orchestra under Mr. Robertson in the fall of 2013. Even Gil Shaham's unlisted encore was the same: Schön Rosmarin, Fritz Kreisler's pastiche of the waltzes of Joseph Lanner.

So how much has changed over the years? Looking back at my original review of the Korngold and the Dvořák, I'd say the short answer is "not much."

Mr. Shaham is as thoroughly in command of this music as he was the last time he played it here, with a singing tone and a real and obvious joy in his performance. He flew through the virtuoso fireworks of the first and third movements easily and brought out all the yearning of the second movement Romance. Back in 2014, I commented that Mr. Shaham was sometimes swamped by the orchestra, but I heard not such balance problems this time around--probably because I was seated on the orchestra floor as opposed to the dress circle. In Powell Hall, location can be everything when it comes to vocal and instrumental soloists.

In an interview during the intermission of Saturday night's broadcast of the concert, Mr. Robertson noted that, although the concerto is scored for a large, late-romantic orchestra, performing it requires the kind of intimate give and take between the soloist and the ensemble that is more characteristic of chamber music--and which makes each performance a unique event. You could see that in the close communication between Mr. Shaham and Mr. Robertson when we attended the concert on Sunday afternoon. They were physically close as well, with Mr. Shaham sometimes playing very close to the podium.

They were, in sort, a joy to see and hear.

Three years ago, I dubbed Mr. Robertson's Dvořák 9th a "world class" interpretation, and I'm just as enthusiastic this time around. His approach has, if anything, gotten even more nuanced and refined over the last few years, with wonderful little details that I don't recall hearing in 2014. The profound hush of the transition to the second subject in the Largo second movement is a good example, as are the many subtle shadings he brought to the exuberant Scherzo third movement.

The orchestra played very well, some issues in the horns not withstanding, and all the important solo passages were sheer perfection. That includes the flute passages in the first movement by Mark Sparks and Jennifer Nichtman, Scott Andrews fine clarinet work in the fourth movement, and Cally Banham's plaintive rendition of The Most Famous English Horn Solo in the World in the Largo.

As for The Chairman Dances, Mr. Robertson and his forces brought out the whimsy in this odd little number, which was cut from the 1987 opera Nixon in China. It was originally intended to accompany a surrealistic scene in which a painting of Chairman Mao comes to life and dances with his widow during a state dinner.

There's a kind of quirky nostalgia to the music, which rises to a big orchestral climax before slowly fading out to the sounds of woodblock and sandpaper, as though Mao were doing a soft shoe number as he fades away. It's rhythmically tricky stuff, and the percussion section--including Peter Henderson on piano--did a fine job with it.

The concerts concluded with another unlisted encore, the original version of the lively and tune-filled overture to Leonard Bernstein's often-revised 1956 operetta Candide. The piece seems to be a favorite of Mr. Robertson's, and he and the band gave it a cheerfully unbuttoned (but still precise) reading.

The orchestra is taking this weekend's program on its road trip to Spain next month, with performances in Valencia, Madrid, and Ovieto. If what we heard Sunday is any indication, they'll represent both our town and our nation well.

I also have to say that, given the poisonous nature of our current political climate, it's good to see that while all the works on this program were written on these shores, three of the five composers represented were born elsewhere. And two of them were immigrants fleeing fascism. It's a reminder that America has always been a far more heterogeneous nation than some people want to admit.

The regular symphony season continues next weekend as Andrey Boreyko conducts the orchestra and pianist Till Fellner in Shostakovich's eccentric Symphony No. 15 and Beethoven's Piano Concerto No. 2. Performances are Friday at 10:30 a.m. and Saturday at 8 p.m., January 20 and 21.