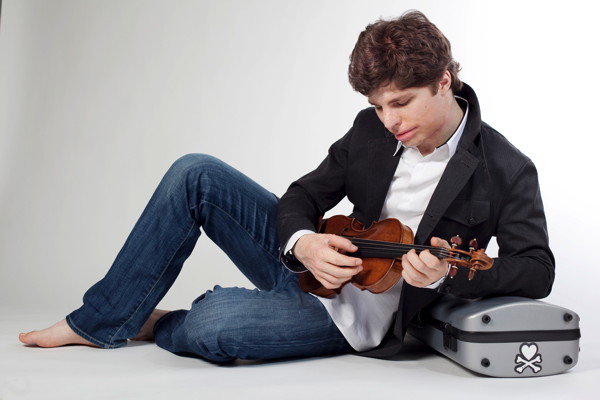 St. Louis Symphony plumbs the light and darkness of the human spirit

The reflective powers of music are truly remarkable. In a program themed as "Dark Vision and Warm Friendship" (April 29-30) the St. Louis Symphony presented contrasting images of fear, violence, mystery, yet also of warmth, tenderness and the rising of the human spirit.

Although Edward Elgar wrote some of the world's most beautiful music, heaviness and melancholy nevertheless appear in his works. The searing passages of the Cello Concerto in E minor and the heartfelt moments of the mysterious Enigma Variations spring readily to mind. Elgar's life was not as easy nor as quintessentially British as one might think. Curiously, his Serenade for Strings, which opened the program at Powell Hall, held a special place in Elgar's heart, despite its brevity and limited palette of colors and melody. Although no overwhelming sadness is present in this work, it moves with a haunting voice that seems to long for a different age, perhaps, or for memories long forgotten. Conceived for strings only, the piece makes a good vehicle to highlight the velvety blend and tonal accuracy of the string section of the SLSO, which were not lacking.

The program continued with the U.S. premiere of Jerusalem (after Blake) by the contemporary composer Georges Lentz, born in Luxembourg in 1965. The apocalyptic and visionary poetry of William Blake has long fascinated Lentz; Blake's meaning is often baffling and seemingly impossible to decipher, yet the sweep of his vision has captivated readers for generations. Additionally, Lentz was inspired by the tragedy of Malaysia Airlines Flight 370, whose victims, unlike those of 9/11, were unable to make final cell phone calls. Accordingly, brass sounds emanating from mobile phones in the balcony symbolized the calls that could never be made.

In his introductory remarks to the work, Music Director David Robertson stated that he found this to be one of the most beautiful and expressive works he had conducted over the past 25 years. He also assured the audience that the antiphonal brass located in the balcony of Powell Hall would not be overwhelmingly loud. Well...each listener will have to make his or her own decision as to whether to agree with Robertson's notions. Melodically speaking, the piece seemed to rely on the same angular effects produced by atonal avant-garde composers of the early to mid-20th century; rhythmically (and melodically) speaking, the work was somewhat bland, sometimes subsisting on patterns of repeated eighth notes. However, it cannot be denied that the composer possesses a keen sense of empathy for those who have been the victims of the violence and upheaval fomented by the ideologies of the modern era.

One might argue that too many contemporary composers rely on sound effects while ignoring the development and crafting of musical ideas (sometimes even leaving the music to improvisation or chance, as is the case with "aleatory" music). Certainly Lentz utilized a broad spectrum of instrumental timbres, including smart phones, electronic effects, electric guitar and cimbalom (a close relative of the hammered dulcimer and a beautiful instrument that should be heard more frequently). Again, though, listeners must make up their own minds as to the value of each new work. We might ask ourselves how many of the works spawned by government grants and commissions by foundations will be sought by audiences decades and centuries later. Even today, listeners continue to debate the intrinsic merits of composers from the past.

Like Georges Lentz, the final composer featured on the program, Johannes Brahms, also possessed a keen sensitivity to tragedy. His first piano concerto mirrored the attempted suicide of his close friend and mentor Robert Schumann. Throughout the Brahms repertoire there is a juxtaposition of sadness, pathos, empathy, joy and beauty; perhaps the same could be said of Elgar. However, it was the Violin Concerto in D major, performed by the brilliant young violinist Augustin Hadelich, that was the vehicle to provide the capstone to the concert. The choice was an eloquent one, because the Violin Concerto embodies nearly every emotion that Brahms could express.  Brahms forged deep relationships in his life, similarly to Elgar. Accordingly, this concerto was written for his close friend Joseph Joachim, one of the greatest violinists of the 19th century.

The 30-something Hadelich is a product of diverse roots, born in Italy to German-Jewish parents, and recently became a U.S. citizen. As a teenager, his career and his life narrowly escaped a tragic end when he was trapped in a fire at his family's farm in Italy.  Despite severe burns, Hadelich made an almost miraculous recovery and emerged stronger than ever. His playing is marked by a soaring lyricism, yet he also can call forth a marked sense of drama when necessary. His finger movements are so well-oiled and liquid as to completely belie the injuries they overcame.

A few times the orchestra seemed to overpower the soloist. In recent years that has been much less of a problem at Powell Hall, but has occasionally been noticeable in the last couple of years. Controlling acoustics and projection is not an easy task. Perhaps it was just imagination, but coming on the heels of the Lentz work and the conclusion of a long weekend of performing, the orchestral accompaniment to the concerto seemed just a bit mechanical, but there was never an audible misstep. The concerto created an artistic and surprisingly upbeat conclusion to a concert faceted with many contrasting faces of humanity.