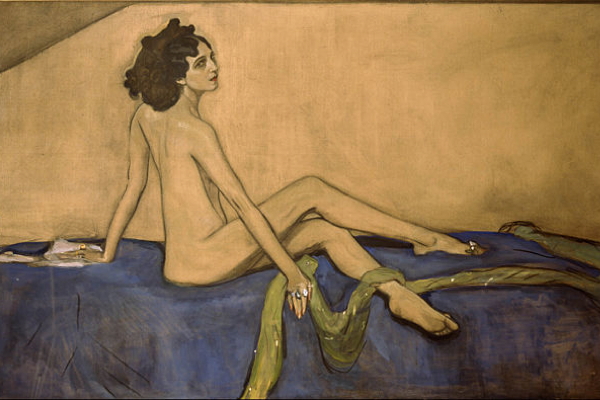 Symphony Preview: Classical favorites to be thankful for

Music lovers have a lot to be thankful for this weekend (November 24 -- 26, 2017), as Jun Märkl conducts the St. Louis Symphony Orchestra in a program of classical favorites. It's a real feast for the ears to match the one your stomach will probably still be digesting.

The concerts will open with Ravel's colorful tone poem Alborada del gracioso, written as a solo piano work in 1905 then orchestrated in 1919. The work's title is, as Ravel admitted, essentially untranslatable. The composer explained it this way in a letter to Ferdinand Sinzig of Steinway and Sons in New York on September 14, 1907 (cited in the 2011 biography Ravel by Roger Nichols):

I understand your bafflement over how to translate the title 'Alborada del gracioso'; precisely why I decided not to translate it. The fact is that the gracioso of Spanish comedy is a rather special character and one which, as far as I know, is not found in any other theatrical tradition. We do have an equivalent, though, in the French theater: Beaumarchais' Figaro. But he's more philosophical, less well--meaning than his Spanish ancestor. The simplest thing, I think, is to follow the title with the rough translation 'Morning Song of the Clown' [Aubade du buffon]. That will be enough to explain the piece's humoristic style.

Humorous it certainly is, and with a distinctly Iberian flair reflecting the composer's love of Spain. The brilliant orchestration includes a large percussion battery with, of course, castanets.

Up next is the Poéme for violin and orchestra, composed in 1896 by Ernest Chausson, a composer whose music does not, in my view, get quite as much attention as it deserves. His Symphony in B flat (1890) is a particular favorite of mine, but live performances seem to be rare.

Inspired by Turgenev's 1881 novella The Song of Love Triumphant, the Poéme originally had the same title as the book, but Chausson changed it before the piece was published, apparently to avoid associating it too closely with the novel. I think it was a wise decision; this music has a haunting beauty that doesn't need any extra-musical connections.

The Poéme has been massively popular with violinists ever since it was first performed by the great composer/violinist Eugène Ysaÿe, who commissioned the piece and may have helped with some of the details of the violin part. "When Ysaÿe introduced the Poéme in Paris," writes Michael Steinberg in The Concerto: A Listener's Guide, "the applause rang on and on. Chausson's friend the novelist Camille Mauclair recalled that the bewildered composer kept repeating 'I can't get over it.'" Sadly, it wouldn't last; only two years after the work's 1897 premiere, Chausson lost control of a bicycle and smashed into the wall of his country villa. He was only 44.

The violin remains in the spotlight with the last work in the first half, the flashy 1883 Carmen Fantasy by the virtuoso violinist and composer Pablo de Sarasate, based on Georges Bizet's massively popular 1875 opera Carmen. Like Chausson, Bizet died young; he shuffled off this mortal coil at the age of 36 from a heart attack a few months after the opera opened to tepid reviews and public apathy. So he went to his grave not knowing that he had composed what would become one of the most popular operas ever written. Operabase statistics for the 2015/2016 season, in fact, show it as number 3 worldwide, surpassed only by Verdi's La Traviata and Mozart's The Magic Flute.

This mini-concerto weaves virtuoso fireworks out of a number of tunes from the opera, starting with the Aragonaise that serves as the entr'acte between Bizet's Acts III and IV and ending with the Danse bohème from the top of Act II, as Carmen and her friends Frasquita and Mercédès dance for some army officers in Pastia's Inn. Along the way you'll also hear the famous Habanera as well as the Seguidilla, both from Act I. It's pure melodic fun that offers the violinist a chance to strut his or her stuff, especially in the breakneck finale.

After intermission, the Spanish theme continues with a performance of Manuel de Falla's 1925 revision of a ballet that premiered in 1916, El amor brujo (usually translated as "Love, the Magician"). Originally commissioned by flamenco dancer Pastora Imperio, the ballet is infused with Andalusian folk elements and, of course, the spirit of flamenco.

The spooky scenario reads like something that would have been more appropriate around Hallowe'en. Here's a summary from John Henken's program notes for a 2015 performance by the Los Angeles Philharmonic:

The tale in its final version concerns Candelas, a young widowed gypsy haunted by the ghost of her jealous husband. To free her from his unwanted attention, Candelas and Carmelo, her new lover, must exchange a kiss of perfect love. In a series of dances the ghost first frightens the couple (Dance of Terror), Candelas tries to exorcise it (Ritual Fire Dance), and then her friend Lucia seduces it. While the ghost is distracted by Lucia, Candelas and Carmelo kiss, and then mock the ghost in the final dance (Dance of the Game of Love).

Most concertgoers will be familiar with the "Ritual Fire Dance," but there's much to relish in this colorful and highly evocative score. There's even a part for a mezzo-soprano (sung this weekend by soprano Catalina Cuervo), acknowledging the influence of the Andalusian tradition of cante jundo, a dark and dramatic style of singing associated with the flamenco tradition.

The concerts close with one of the most popular orchestral works ever written and certainly the best-known thing Maurice Ravel ever produced: Bolero. Composed originally on commission for the dancer Ida Rubinstein, Bolero was first performed by her at the Paris Opéra on 22 November 1928, with choreography by Bronislava Nijinska and designs by Alexandre Benois.

"Inside a tavern in Spain," runs the scenario printed in that first program, "people dance beneath the brass lamp hung from the ceiling. [In response] to the cheers to join in, the female dancer has leapt onto the long table and her steps become more and more animated." In program notes for the New York Philharmonic, the late New York Times music critic Louis Biancolli goes into greater detail. "The men gathered in the public room of the inn eye the dancer fixedly. As her movements grow more animated, their excitement mounts. They beat out an obbligato with their hands and pound their heels. At the peak of the crescendo, where the key abruptly shifts from C major to E major, the sharpening tension snaps. Knives are drawn and there is a wild tavern brawl."

Sounds like a hell of a party. There will be no weapons at Powell Hall this weekend, fortunately, so you will be able to enjoy Ravel's Greatest Hit in safety.