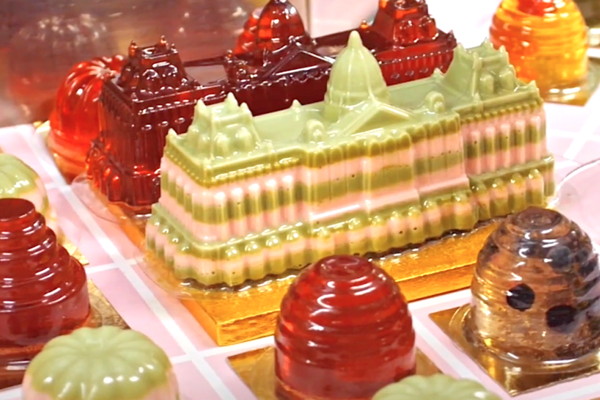 ‘Ottolenghi and the Cakes of Versailles’ shows food is mouthwatering art

Early in “Ottolenghi and the Cakes of Versailles” London-based, self-described philosopher chef Yotam Ottolenghi receives an unusual request via an email from the New York Metropolitan Museum of Art. Will he oversee a celebration of exquisite pastries to accompany the 2018 “Visitors to Versailles” exhibit documenting that French court, home of the aristocracy from 1682 to 1789.

As Ottolenghi observes, food transports us back to that time. He also realizes that, as he says in an early scene, no recipe becomes memorable if it doesn’t include a story. Therefore, doing his research, Ottolenghi studies the exhibit’s paintings and sculptures, looks for cultural trends, learns from food historians, and realizes he needs extraordinary talent for this event. Ottolenghi then recruits five world renowned pastry chefs. All of them understand food as ceremony and the symbolism that accompanies it.

Director Laura Gabbert also knows and appreciates a diversity of good food, as proved in her 2015 “City of Gold” that documented the late Jonathan Gold’s championing L.A.’s food diversity from hole-in-the-wall eateries to food trucks. At the other end of the spectrum, Ottolenghi invites the cronut inventor Dominique Ansel, called the most well-known pastry chef in the group; Dinara Kasko whose cakes are amazing architectural structures; conceptual British artists Bompas and Parr known for their gravity-defying, jiggling jellies; Tunisian chocolate master Ghaya Oliveira, winner of a James Beard award and fearful about the precarious height of the cake she designs; and Singapore-based Janice Wong who creates edible art from her own elaborately constructed molds.

It’s a mouth-watering and mind expanding delight to meet all of them, their introductions interspersed through Ottolenghi’s entertaining commentary that adds context and content. For example, until the late 1600s, early 1700s, people would drink chocolate but not eat it. It’s equally fascinating to watch this event develop from extravagant concept to a stressful 48-hour preparation countdown and finally the sumptuous celebration itself, learning how food define class, access, and appetite. It is not advisable to watch “Ottolenghi and the Cakes of Versailles” when you’re hungry. It is available in select cinemas and through multiple on-demand platforms.