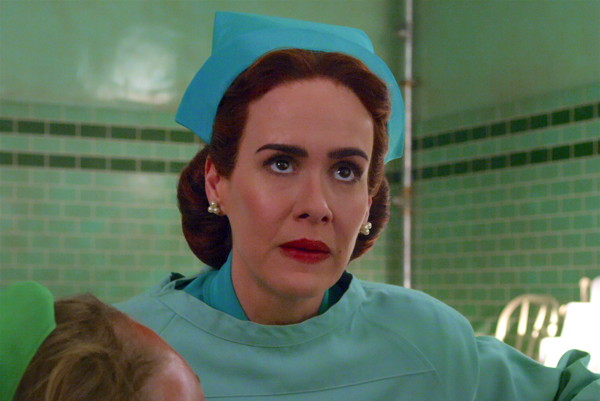 Author Ken Kesey’s 1962 novel, “One Flew Over the Cuckoo’s Nest” made an unsettling, confrontational statement about the dysfunctional nature of an Oregon psychiatric facility obsessively controlled by Nurse Ratched. A Broadway play followed, and then director Milos Forman’s 1975 film adaptation, which captured that unnerving world, with credit to Jack Nicholson as R.P. McMurphy and Louise Fletcher as Nurse Ratched.

One of only three films in Oscar history to sweep the top five Academy Awards, “Cuckoo’s Nest” provided backstory for McMurphy, but what about Big Nurse? It begged for a prequel. Enter Evan Romansky, credited as creator, writer of two of eight episodes, and co-writer of the final one, with Ryan Murphy listed as developer and director of the first two in the series simply called “Ratched.”

Now the best news. Every frame of “Ratched” communicates the off-kilter nightmare realm. The art direction, including lighting, gives an expressionistic twist to its bizarre, hermetically sealed setting. The cinematography intensifies the garish greens, antiseptic whites, shimmering blues, and rainbow of psychedelic colors, complemented by red lipstick, so bright it all but jumps off the women’s lips that look more like wounds. The cinematography adds its unnatural feel with wide-angle lenses warping compositions. There’s no question this is deranged, with seriously disturbed individuals on both sides of the rooms.

Set in northern California in 1947, the period details enhance the milieu from the nearby motel to the cars, the diners to the absence of digital intrusions. With a second season slated, the superb eight-episode first season of “Ratched” is available on Netflix.