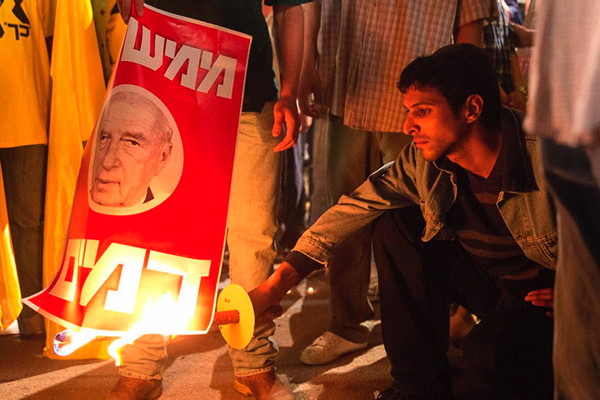 I’d like to highlight “Incitement,” representative of the high caliber for the entire lineup that includes “Golda,” “The Spy Behind Home Plate,” “Holy Silence,” and more. In “Incitement,” Israeli director/co-writer Yaron Zilberman begins with news footage of Israeli Prime Minister Yitzhak Rabin and PLO Chairman Yasser Arafat with U.S. President Bill Clinton announcing the 1993 Oslo I Accord. Addressing Israeli Palestinian relations and hopes for peace, this official Declaration of Principles was a monumental event with a distressing aftermath.

The anchor of “Incitement,” this two-hour, historically grounded narrative, is Yigal Amir, outraged at the loss of territory, withdrawal of Israeli police, and freeing of Palestinian prisoners as part of the peace prospects. Yigal seeks justification for revenge, joins protests, secures illegal weapons, and works to form a militia unit. Through scholarly research and seeking out like-minded individuals, Yigal convinces himself that Rabin is a traitor and subject to the “law of the pursued,” that is, “saving the pursued by killing the pursuer.” The dramatized story unfolds with interlaced archival news footage, protests, and speeches, culminating in the September 1995 Interim Agreement on the West Bank and Gaza Strip, commonly called the Oslo II Accord.

Based on four years of research, dozens of interviews and viewing hundreds of hours of archival footage, director/co-writer Zilberman says this story is “a warning . . . as well as an appeal” to prevent “the path of violence and the destruction of democracy.” [quoted in press notes]  To that end, “Incitement” presents an informative depiction of the factions and debates then and today. Its impact is powerful, in Hebrew with English subtitles.

All festival selections have English subtitles as needed and are presented with virtual access through the digital platform Eventive. All films will be available throughout the festival. More information may be found at the St. Louis Jewish Film Festival website.