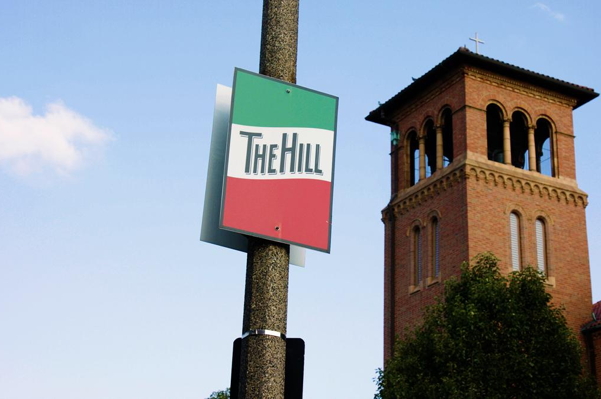 It’s a safe bet that just about every St. Louisan knows a bit about The Hill, that Italian-American community of great camaraderie, famous athletes, and noteworthy restaurants. However, there are so many more illuminating stories in this enlightening exploration, reaching back to immigrants to Ellis Island in the nineteenth century to WWI and WWII. In his director’s statement, Puleo writes that “although the film is about Italians, I wanted to make it accessible to people of all backgrounds and ethnicities. I think everyone can relate to pride in one’s heritage and being protective of where they live.” Indeed, that desire to defend neighborhood came to the fore on more than one occasion, the most recent when the construction of I-44 cut right through one part of The Hill. The residents’ action offers a blueprint for today’s generation.

But this documentary presents much more, from the backbreaking, incredibly hard work in the area’s clay mines to the churches built, from the businesses started and supported to the numerous volunteers and casualties in WWII. Athletic achievement became world famous, notably Yogi Berra and Joe Garagiola in Baseball’s Hall of Fame as well as the 1950s US Soccer Team unbelievably and spectacularly defeating England. Above all, what is called a ‘city within a city’ showcases the achievements of nothing short of an amazing community of aspiring and achieving individuals with a work ethic second to none.

From the successes to the tragedies, Puleo seamlessly changes mood and tone at several points. His integration of print and video footage and photos, his editing of numerous commentaries moves the story along quickly, nicely put decades and individuals in context. Good cinematography and music make this one of those rare films that I wished had been longer. “America’s Last Little Italy: The Hill” airs on Channel 9 on November 30 at 7:00 p.m. It is also available on DVD.