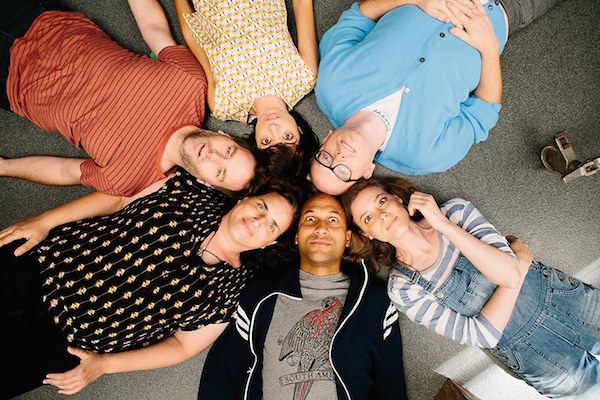 It starts as a comedy, a silly look at a group of improvisational comedians in their 30s. But Don't Think Twice, its title borrowed from a rule of improv and then doubled in meaning, becomes poignant before it's over. The film is not a grand exercise in maturation but in reality.

Don't Think Twice has the improvisors ask themselves, "Do you think you'll make it?" "Is it time to give up your dreams?" "What will be the tipping point?" It asks the audience members to see ourselves in the group called the Commune, to answer each time the comics ask each new audience, "Okay, who's had a bad day?" That's the question off which they riff each night, and it soon becomes pretty apparent that the comics could answer that straight without humor.

For one thing, their theater is being closed to make way for, oh, apartments or a mall or something. For another, one of them still lives in the top bunk; it's not hard to get girls, say, one of his improv students, to climb up there, but it is hard to get a real woman. For another thing, one of the troupe auditions his way into the big show on the big TV box, and that changes everything.

A lot is changing for these six. Don't Think Twice is not nearly so funny as one might expect, given the credentials of the cast: Mike Birbiglia, who wrote and directed; the brilliant Keegan-Michael Key; Gillian Jacobs from Community; Kate Micucci from "Another Period," Tami Sagher from Inside Amy Schumer; and Chris Gerhard, comic. But then, one of the rules of improv is "no showboating," and this team upholds that rule and Del Close's other two: Say "Yes" and Don't Think.

They do start to think -- twice and thrice -- and they make befitting changes. So if that's not funny, well, that's life, and Don't Think Twice presents that well and truly.