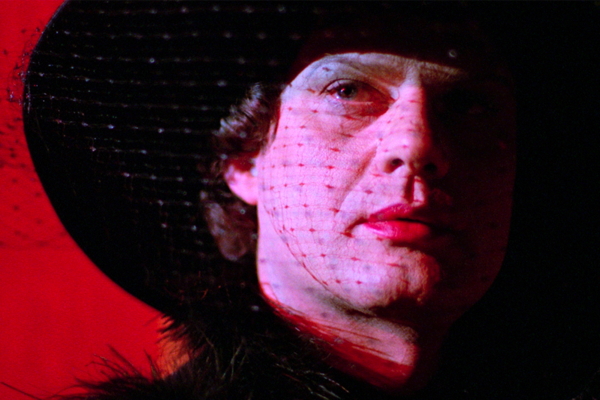 The iconic German director Rainer Werner Fassbinder, dead at thirty-seven from a drug overdose, in a mere fourteen years directed forty films and made an indelible impression on the cinematic world. Honoring his legacy Thursday nights this February, Webster University’s Fassbinder film series concludes with two of his later works: “In a Year with 13 Moons” and “The Third Generation.”

For each week’s designated film, a different Fassbinder expert makes a brief presentation followed by a question-and-answer exchange. Participants are asked to watch the films on their own before each session.

February 18, Pete Timmermann, director of Webster’s film series, leads the discussion of “In a Year with 13 Moons.” In his characteristically confrontational, brutally honest way, Fassbinder announces at the outset that personal tragedies will occur in 1978, the year of the film and multiple moons. Issues include Erwin/Elvira’s transgender sexual identity, humiliation, despair, physical and emotional abuse, and suicide, that connected to Fassbinder’s own lover’s suicide earlier that year. His own writer, cinematographer, and editor, Fassbinder theatrically places his embattled characters in claustrophobic, restricted compositions. A warning: early on, a slaughterhouse scene may be difficult to watch.

February 25, film critic Robert Hunt leads the discussion for the last in the Fassbinder series, his lesser known 1979 film “The Third Generation.” Again writer, cinematographer, and director, Fassbinder meanders his way through a collision of ragtag radicals, offhandedly philosophizing in a stagey, preposterous story. With implicit and, at times, explicit critiques of media-saturated capitalism, these terrorists unwittingly aid and abet the industrial power broker they oppose. As the title signals, this third generation from the Nazi regime lurch forward chaotically in this truly cynical view of German society.

All discussion sessions begin at 7:00 p.m. More information on the last two  films in the February Fassbinder series can be found on the Webster University Film Series website where those interested can also register for the Zoom event.