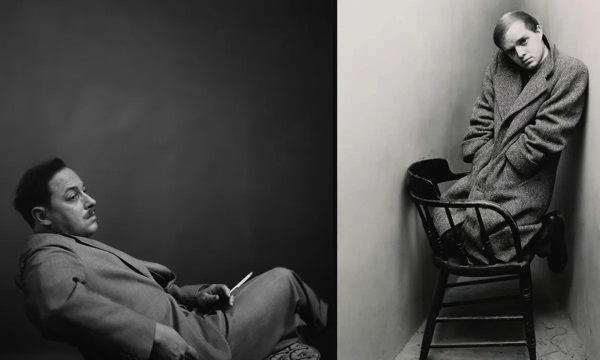 The well-known authors and luminaries Truman Capote and Tennessee Williams take center stage in director Lisa Immordina Vreeland’s highly entertaining documentary “Truman & Tennessee: An Intimate Conversation.” What distinguishes it is its reliance on their own words through well-chosen clips from television interviews and selections from their letters and diaries, Capote’s read by Jim Parsons and Williams’ by Zachary Quinto.

It also includes several brief film scenes from adaptations of their works, notably “A Streetcar Named Desire,” “Cat on a Hot Tin Roof,” “The Glass Menagerie,” “Breakfast at Tiffany’s,” and “In Cold Blood.” Biographical synopses complemented by archival photos, some never before seen, provide background for those unfamiliar with the two men. The focus remains wholly on Truman’s and Tennessee’s comments on each other, whether they like themselves, on the relationship between sex and love, well-known interpretations of their writings, and more. It becomes obvious, though never stridently so, that life was not always easy for two complex, brilliant, gay Southern men in the mid-last century.

Some original footage presents places they shared, but the jewel here is the seamless stitching together of their clever banter with well-known talk-show hosts David Frost and Dick Cavett, both of whom probe gently to gain some surprising insights. In addition, Vreeland presents them in their prime, their animated personalities on full display, especially Tennessee’s genuine charm and forthrightness, Truman’s sly wit and playfulness, occasionally used as a protective shield. He seems the more guarded, even insincere, though both shared traumas and tragedies: difficult, when not absent, fathers, broken childhoods, family crises, and both battled depression, drugs, and alcoholism. Both also enjoyed mutual friends, life in Europe, and, to some extent, the fame that came with their literary success. The were, indeed, ‘celebrity’ writers.

Parsons and Quinto read their words with perfect inflection, and Madi’s music unobtrusively adds proper ambiance. The subtitle of this film is “An Intimate Conversation,” and that it is. “Truman & Tennessee” is available through the KinoMarquee website.