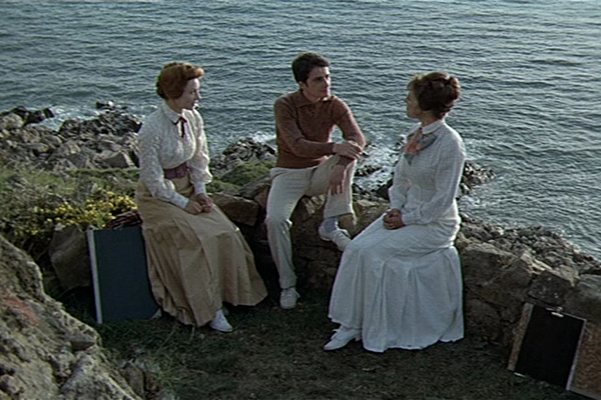 In beautiful black-and-white, Jean-Luc Godard interrogates existential philosophy and conventions of film itself in his 1962 “Vivre Sa Vie: Film en douze tableaux,” translated as “My Life to Live” or “Live Your Life.” Caught between freedom and constraints, Nana aspires to movie stardom but accepts work as a prostitute to pay bills. Through montages, unconventionally staged conversations, and numerous film homages, Godard explores and virtually reinvents female character study, thanks to his muse Anna Karina, as her world unfolds around her.

At a villa near St. Tropez, in and around the swimming pool of the 1969 film’s title, “La Piscine” Jean-Paul and Marianne welcome long-time friend Harry and his eighteen-year-old daughter Penelope. Slowly, deliberately, director Jacques Deray traps these four in an emotional collision of love, resentment, and self-indulgence. Harry advises Jean-Paul to “change your desires, not the world,” but these beautiful people (especially Alain Delon and Romy Schneider) in this gorgeous place can’t escape the claustrophobic intensity they experience. Relying on minimal dialogue, maximum use of close-ups and reaction shots, this pressure cooker explodes with astonishing developments.