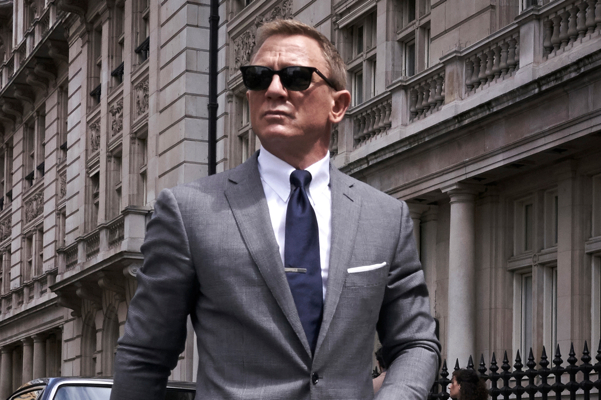 “No Time to Die” is the twenty-fifth installment of the James Bond franchise and Daniel Craig’s final appearance as 007. It’s a worthy, though not overly spectacular, exit of the famous character, delivering what every Bond film must have, that is, reckless car and motorcycle chases, gravity-defying stunts, gorgeous locations, plus futuristic technology and gadgets: watches, autos, and planes.

As usual, all of this must deter an evil psychopathic man, or, in this case, two men from destroying the world through lethal, highly contagious DNA (with a nod to our pandemic tragedy, perhaps). Lured back from retirement to save civilization, if I may call this mayhem that, is, of course, James Bond, spy extraordinaire though everyone knows who he is. I won’t detail the script. Just ride the roller coaster, never looking too far around the next bend.

Every ingredient must contribute to a success, and, for the most part, each does. Let’s start with the casting of Rami Malek and Christoph Waltz as the definitive villains. They handle their roles differently and well. Equally superb because they do their jobs without flourishes are: Ralph Fiennes as M, Naomie Harris as Moneypenny, Ben Whishaw as Q, and Jeffrey Wright as Felix. As love interest Madeleine Swann, Léa Seydoux brings a strong presence, though she could cry and play panicky victim less.

I’ve saved the real discovery until last: Lashana Lynch as Nomi, Agent 007. Yes, you heard right, giving away no spoiler since she’s introduced as that early in proceedings. Her presence brings a confident power to every one of her scenes, though much more could have been developed with her skill set. Kudos also to Daniel Craig who initially resisted playing Bond, calling him a misogynist. Craig’s impact dramatically improved on that previous sexism and also humanized 007, no mean feat.

At two hours 43 minutes, the film runs too long, though that’s a minor quibble. Hans Zimmer’s music is, especially in the romantic scenes, unimaginative, but serviceable. Tom Cross and Elliot Graham’s editing intensifies the action (though I still consider Christopher Rouse’s, Saar Klein’s, and Richard Pearson’s editing for the Jason Bourne trilogy the best action film editing ever.) Director, co/screenplay writer Cary Joji Fukunaga knows what we come to see and how to delivers just that.

Since the studio has no intention of shutting down such a lucrative enterprise, the burning question now is who will play the next Bond. I’d love to see Idris Elba, though he may be too cool for that role or, introduced already as 007 here, the charismatic Lynch. Whoever takes the helm, count me in for another theme park ride. “No Time to Die” is at multiple area cinemas, but it impresses best in IMAX.