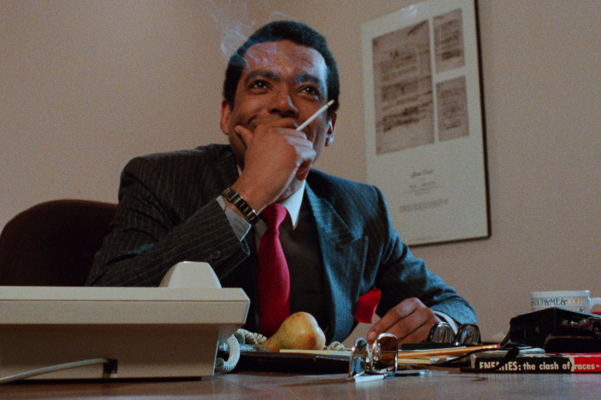 Two films with one night only screenings at Webster University showcase the creativity and risks independent films embrace. Each is  written by and stars their intrepid director. Both also adapt real life stories of individuals adopting deceitful personas. First, director Amalia Ulman’s “El planeta” follows a mother and her daughter who thieve and con their way to a better life.

Set in the seaside city Gijón, existence in economically devastated, contemporary Spain imposes financial difficulties on the pair facing eviction after the husband/father’s death, they cope by bluffing, lying, stealing, and using sexual allure. The black-and-white photography enhances the satirical critiques. In this deep dive into the real-life mother and daughter’s perspectives, they are as wily as needed to hang on.

“Chameleon Street,” the second of these two innovative works, won the 1990 Sundance Film Festival Grand Jury Prize but has remained elusive for three decades. Now a gorgeous 4K restoration from the camera negative brings it to audiences. It is clearly a vanity project: directed, written, edited by, and starring Wendell B. Harris, Jr. Opening titles state that it is “based on life experiences of William Douglas Street, Jr. and Erik Dupin.” The chameleon of the title, Street works for his father’s alarm company, but boredom and his wife’s and friends’ insistence that they need money prompt him to reinvent himself, posing as a Time magazine reporter, a surgeon, a Yale French student, and a corporate lawyer. “I think, therefore I scam,” he says, his posing exacerbated by an ugly racist incident.

The treatment he receives for each impersonation satirizes the respect, often unearned, that socioeconomic status enjoys. The same can be said regarding this film’s unavailability due to racism since Harris, a Black man, has not made a feature film since, despite numerous attempts to get studio backing. The film’s sole negative aspect is the treatment of Street’s multiple romantic/sex partners, misogynistic treatment that doesn’t rise to the level of the social criticism elsewhere. And yet “Chameleon Street” can boast some of the most imaginative angles, rhythms, dialogue, voiceover commentary, editing, and construction.