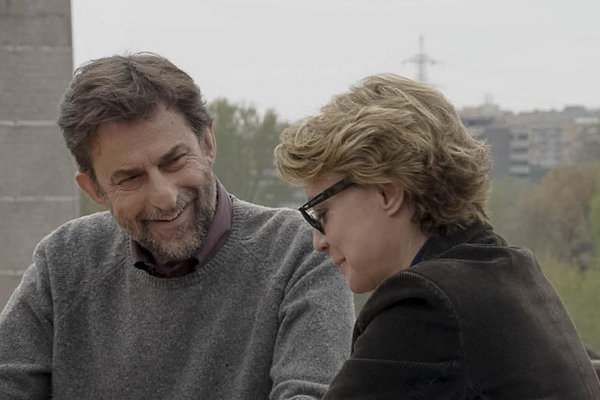 'Mia Madre' shows how complicated life can be

The title translates from the Italian to "My Mother," which makes sense for this film about a dying mother, based emotionally by the director, Nanni Moretti, on the recent death of his own mother. The protagonist in the plot is a film director, who is having a crisis.

Margherita has trouble reconciling the film she's slaving over with the death of her beloved mother. She is making a film on a political theme concerning labor and industry, plant closings and bottom lines -- all pertinent to her work in film. She has hired Barry Huggins, an American actor with Italian roots, to star, but she finds out almost immediately that the actor has delusions of grandeur and a less than stellar command of the Italian language. He resents his translator as superfluous, and he does not take direction at all well.

Margherita directs him not to stand inside his role, but to walk beside the character. Barry does not understand. He knows only how to peacock. Margherita does not have time to baby him as she is babying her mother, who insists that she's just fine.

Her doctor is more realistic with Margherita and her brother and tells them that their "madre" is dying and to prepare for that. How does one do that and be a commanding presence on the set -- and insist that your daughter study harder to pass her Latin test, if not for her own personal growth, then to show her grandmother, a classics major herself, that she can.

Margherita Buy plays the director, also named Margherita. She is excellent at being the head honcha director one minute, the despairing mother another, as well as the denying and grieving daughter alternating with the sister, sharing the caring. Moretti himself plays Giovanni and is very believable. John Turturro does not hesitate to play the mediocre actor -- hard for such a good actor to do.

Mia Madre may not cut fine facets on the gemstone of the theme, but still, it carries itself with integrity.