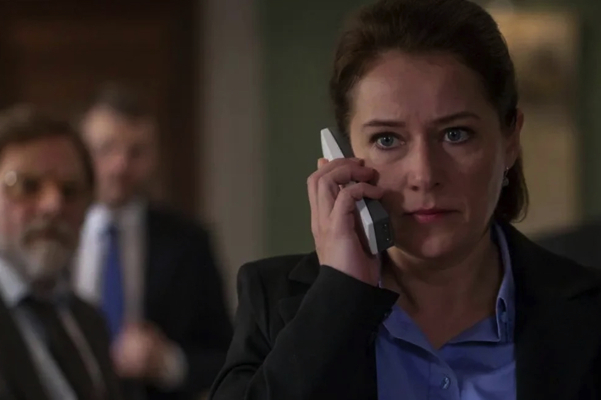 “Borgen: Power & Glory,” the long-awaited fourth season of this absorbing Danish series, finds Denmark’s ex-Prime Minister Birgitte Nyborg firmly ensconced, a decade on, in her new position as Foreign Minister. Her prickly relationship with the current government head, Signe Kragh, carries over from season three, continuing the political and personal tension between the two women.

However, the primary plotline revolves around international conflict after the discovery of oil in Greenland. Factored in are the climate impact of oil extraction given Denmark’s environmental commitments, Greenland’s evolving sovereignty goals, and geopolitical maneuvering involving Russia, China, and the U.S. Factor in the recurring, devious public television appearances and political accountability, with journalist Katrine Fonsmark now in charge of the newsroom and finding her managerial style creating its own complications, added to by social media. In other words, this season explores multiple current issues with real-life parallels, notably the representation of three powerful women and the status of Greenland. In addition, behind-the-scenes chess moves yield fascinating insights into such complex negotiations and Birgitte’s son complicates matters as well.

An autonomous region of the kingdom of Denmark, Greenland receives approximately twenty percent of its GDP as an annual grant ($600 million), about which most of us are woefully uninformed. Therefore, this series offers many of us new insights, despite some complaints of oversimplification and stereotyping from Greenlanders. Still, the submerged resentment of previous colonization comes through, with Greenland’s foreign minister Hans Eliassen flexing his muscles as a savvy mediator.

Many scenes were shot in Ilulissat, Greenland’s third largest city, and the capital Nuuk. The breathtaking backdrop of colorful houses and gorgeous icebergs and glaciers adds a stunning element. I must add, on a personal note, that I spent a wonderful week in Ilulissat four years ago and vouch for the actual look of the cemetery high on a hill, the history of bowhead whale hunting (the aftermath of it in the opening shots), and the quiet warmth of the people. Add to this the superb acting by principal and supporting actors, and the brilliant, multifaceted performance by Sidse Babett Knudsen as Birgitte, and I have no reservations endorsing the fine political juggling on display in “Borgen: Power & Glory,” its eight episodes on Netflix.