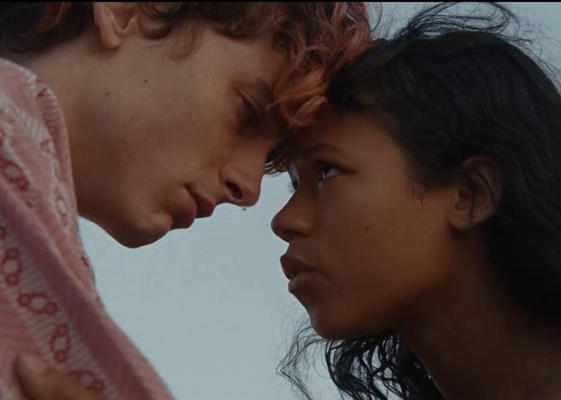 ‘Bones and All’ uses cannibalism to argue for compassion

Of the many truly terrific fifteen films I saw at the Telluride Film Festival this past year, “Bones and All” is the only film I can not wholeheartedly recommend. For it presents, with some reserve, cannibals, those who in fact are the living eating the living. And he introduces it without holding back in an early scene.

At a post-screening discussion, director Luca Guadagnino joked that with so many zombie films, the walking dead consuming the living, he thought the living eating the living was a step forward. On a more serious and heartfelt note, he argued that, at the story’s core, this is, above all, a love story for the “eaters,” a name they prefer. These characters try to make a terrible situation into something good, grappling with the impossibility of their struggle while accepting each other’s rare, needed, uncompromising love. Guadagnino emphasized that “the primary currency of what we do should be compassionate empathy,” adding that “every movie I make involves seeing yourself in the gaze of the other,” this being his most personal movie

In this context, he mentioned the importance of setting the story in Reagan’s America with the political disenfranchisement of all these characters, principals and victims, amidst beauty, hope, and generosity, plus poverty, adding, “America leaves people behind.” Significantly, he feels that the magic of the horror/road movie is compassion for all these characters, a heady concept. That emotion derives from and depends on Taylor Russell as the central character Maren Yearly, abandoned by her father and eventually joining forces with Lee, Timothée Chalamet. Russell considered Maren and Lee one person split in half, neither belonging anywhere and desperately desiring acceptance of themselves.

The comedic, ingenious performance by Mark Rylance as cannibal Sully makes the two hours an amusing indulgence. At Telluride, he offered that as Sully, “I tell people the truth and they don’t take me seriously.” Michael Stuhlbarg and Chloë Sevigny add needed diversion from gnashing of teeth and crushing bones. Screenwriter David Kajganich adapted Camille DeAngelis’ novel, moving the action quite briskly as a sobering road trip across the U.S. heartland. “Bones and All” poses cannibalism as a provocative metaphor for intrepid film fans. Check listings.