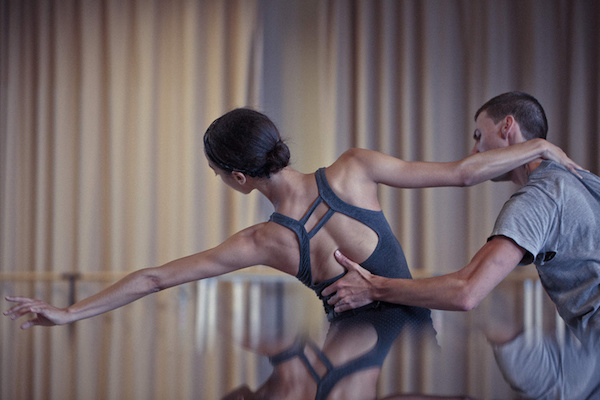 For those who love behind-the-scenes analyses, especially of creative work, Reset offers a rich and detailed overview at almost two hours running time. Using the countdown of the days as the chapter headings, suspense builds as Benjamin works with the sixteen young dancers he's chosen from the 154-member company, the costume designer, administrators and assistants, the stage manager and the lighting designer, the orchestra and the composer, and the threat of a technicians' strike. What emerges is the critical importance of Benjamin's personality to set the mood, to offer guidance, and he is remarkable.

A principal dancer himself for twenty years in the NYC Ballet, he gracefully models the moves he wants. Benjamin makes clear that he values, above all, the dancers enjoying making music with their bodies, not feeling oppressed by a military atmosphere, and letting their personalities shine through. Ben also explicitly confronts racism, determined, he says, to shatter it, asking, "If art can't be an example for society, where are we heading?" For their part, dancers express their fear of judgment, their need to please, and the struggle to "be your own person."

The camera is a fly on the wall watching Ben work in offices and rehearsal rooms up to the premiere as he interprets Nico Mulhy's Clear, Loud, Bright, Forward, the title of his project. Intercutting moments from the performance with rehearsals makes striking connections of the ballet's evolution in this insightful inspection of the creative process.