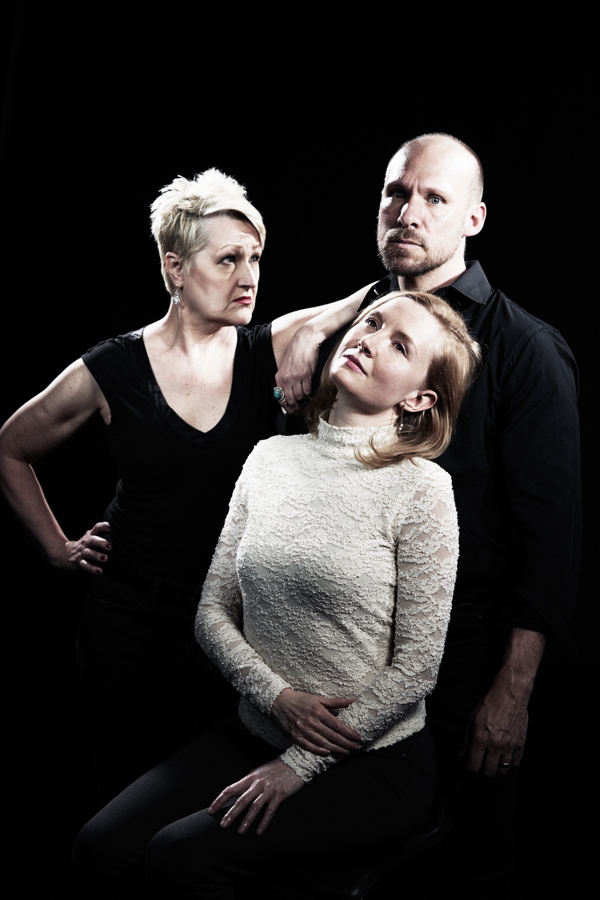 The main offering at this year's Tennessee Williams Festival opened Friday. It's an outstanding production of "The Night of the Iguana". The play, which opened on Broadway in 1961, was the last of Williams's great works for the stage, though he continued to write prolifically until his death in 1983--plays, screenplays, short stories, poetry and a novel.

The play is set in 1940 in the Hotel Costa Verde, a run-down beach resort on the west coast of Mexico. It's run by the brash and lusty Maxine Faulk, a recent widow. It's the off season so the skeleton staff consists of just a Chinese cook and two cabana boys, Pedro and Pancho--whose chief employment seems to be as Maxine's toy-boys.

A fierce bolt of energy bursts into this languid scene in the person of the Rev. T. Lawrence Shannon. He was locked out of his church ten years ago for a rebellious sermon in which he called God a "senile delinquent"--and for an affair with a congregant. He has since been guiding tours in Mexico. Now he arrives with a bus full of teachers from a Baptist Female College in Texas. Shannon is at the end of his rope and near a breakdown. The teachers are furious with him--and he's been accused of seducing a young girl in the party. He comes to his old friends Maxine and Fred as a safe port in the storm that harries him. But Fred has died--and Maxine struggles with her own desperate loneliness.

Into this hot emotional turmoil comes a cool breath of air: Hannah Jelkes, an artist, and her grandfather, "Nonno", the world's "oldest practicing poet". For years they have made a living travelling the world, visiting resort hotels; she sells sketches and watercolors to the tourists; he, for a small fee, will recite his poems. But now they are flat broke. Nonno has been struggling for a year to complete his final poem.

The only other guests at the Costa Verde are a family of Germans who merrily traipse to and from the beach. The father is a tank manufacturer. He listens to news of the war on a short-wave radio and the whole family sings and cheers as London is bombed.

This is a wonderful production, led by a stellar performance by James Butz as Shannon. He fills the stage with an intense neurotic energy--yet conveys a wild sense of humor. Miss Jelkes is played by Nisi Sturgis, who gives this Nantucket spinster a beautiful calm strength and dignity. This woman is so wise, so kind, so gentle. The late night soul-baring scene between Shannon and Hannah is Williams at his very best, and Butz and Sturgis make it achingly beautiful.

Pancho and Pedro have caught an iguana and tied it under the veranda to fatten it up. Like that poor beast Shannon, Hannah and Maxine are at the end of their ropes. Only Hannah understands--in an almost Buddhist way--that in such a situation one can only yield oneself into "the kindness of strangers".

Lavonne Byers makes a very powerful Maxine, full of need and temper and jealousy at the imminent bonding between Shannon and Hanna. But her tone seemed a little monochromatically angry and her swagger a little intentional.

Harry Weber is so very convincing as the old poet. I can't imagine this role being played better or more touchingly. Elizabeth Ann Townsend plays Miss Fellowes, the leader of the teachers and Shannon's nemesis. She rips the role apart and pursues Shannon with the vengeance of a harpy.

Other fine work is done by Summer Baer as Charlotte, the teen-age girl infatuated with Shannon; by Steve Isom, Teresa Doggett, Chaunery Tanguay and Hannah Lee Elspeth as the German family; by Spencer Sickman as the bus driver, Greg Johnston as the tour guide sent to replace Shannon; and by Victor Mendez and Luis Aguilar as Pedro and Pancho.

The lush, atmospheric tropical scenery was designed by Dunsi Dai. Costumes are by Garth Dunbar, lighting by John Ontiveros, and sound by Ellie Schwetye.

Director Tim Ocel has done remarkably fine work in creating this beautiful production of "The Night of the Iguana". It's a great play that is not too frequently produced. You should not miss this opportunity to see it.