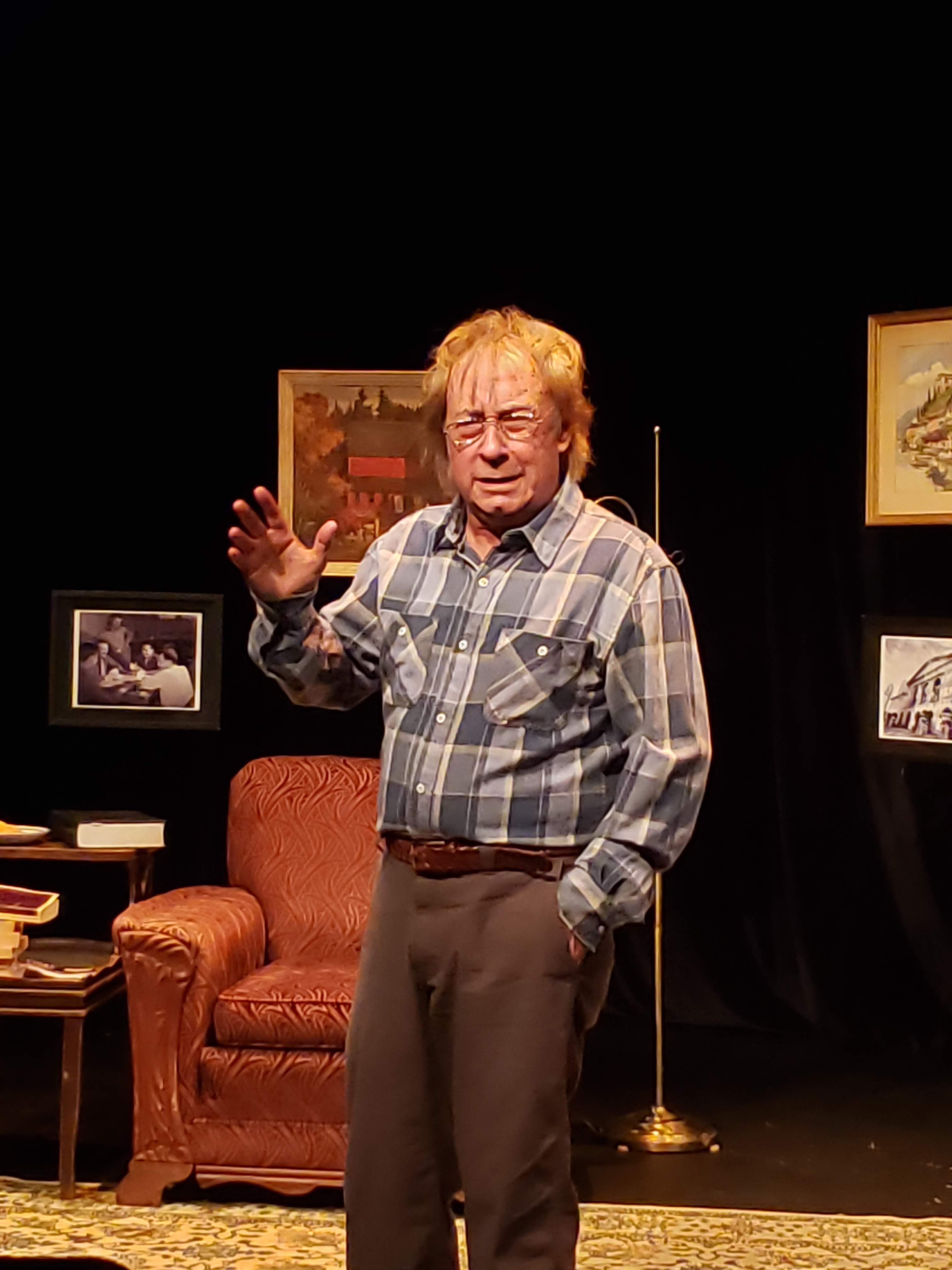 The Midnight Company returns to its tradition of the one-man show with Amy Crider’s “Charlie Johnson Reads All of Proust,” a play that reminds us of the power of great literature and the ability to learn and change, no matter our age.

Charlie Johnson, a 75-year old retiree recently remarried after his first wife’s death, is shopping with his second wife and family members one afternoon when he decides to take a break for coffee and a sweet. Caught up in a bit of reverie, his thoughts are interrupted when his stepdaughter-in-law asks if he’s having a “Madeline moment.” The reference to the opening of Proust’s seven-volume “Remembrance of Things Past” is unfamiliar to Charlie. Feeling a bit schooled, he decides to read the book and bring it up for discussion when the kids visit for Christmas.

Clearly, Charlie does not yet know the story’s length. Undaunted by that discovery, he plods through the books and offers thoughts, insightful and humorous, accompanied by personal stories that loosely connect. Charlie reacts to the social scheming and increasingly libertine views of Proust’s characters with calculated and hesitant acceptance. When the daughter-in-law confesses she’s only read the first volume, she inadvertently helps Charlie make an important change in his relationship with Georgeanne, the daughter he raised but from whom he’s estranged.

Charlie is an everyman from a different era, and Joe Hanrahan expertly captures his demeanor and cadence in a chatty performance that makes most of his revelations come across with a matter-of-fact, everyday truth. Wearing the blinders of privilege and heteronormativity, as well as the unbridled optimism familiar in comfortably aging baby boomers, he’s not always likeable but never intentionally unkind, with one important exception that he now regrets. Still, his language and attitude clearly reflect the sensibilities of bygone years and ingrained prejudices. For example, he refers to members of the LGBTQ community with an unconsciously disparaging tone and language that clearly indicates his ongoing discomfort. Additionally, until he read Proust, he was content with the fact that he got what he wanted – the girl of his dreams – without ever considering her wants or if she was happy, or at least satisfied, with their life together.

Director Sarah Holt and set designer Chuck Winning give Charlie the freedom to move around his mental and physical space, as well as a perfect oversized and well-worn armchair. The addition of various photos add a personal feel, though they aren’t referenced; and the plate of fresh baked Madeline’s on the side table, as well as Hanrahan’s appreciative murmurs upon taking a bite of one, is a lovely touch. Finishing things off is Tony Anselmo’s soft, mood-setting lighting design, which creates focus while helping the audience join in on Charlie’s reverie.

What I’m missing here, however, is a sense of age and the weight of a life that, seemingly to this point, has lacked reflection or self-knowledge. Charlie takes pride in “doing the right thing,” without ever considering how one defines “right” or if his “right thing” is the same as another’s. Additionally, though I know there are plenty of spry and fit 75 year olds, there’s a disconnection between some of Charlie’s speech and the way he moves, and Holt and Hanrahan may want to explore physicality deeper on their next collaboration.

“Charlie Johnson Reads All of Proust” continues through June 15 at the Kranzberg Arts Center Black Box theatre. Though there are a few bumps and uncertain lines, the show is thoroughly engaging and Hanrahan’s performance treats the language and subject with loving attention and genuine warmth.