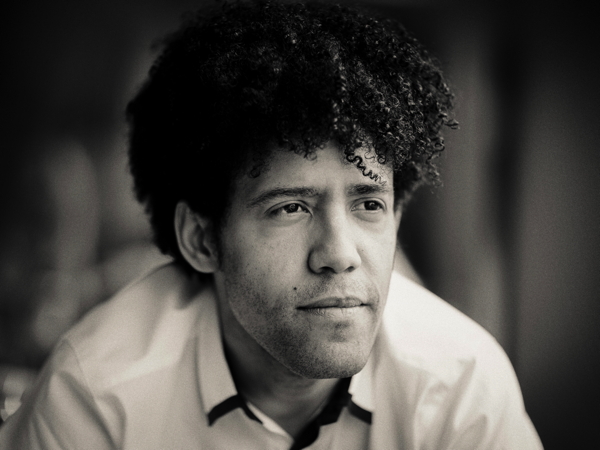 Review: The performance outshines the music in the local premiere of a contemporary violin concerto

In an interview last year, St. Louis Symphony Orchestra Music Director Stéphane Denève, in response to my question about the kind of contemporary music he planned to program, said that it was "very important that the audience understand that the new music we will perform is music that I believe they can love."

In general, my feeling is that the new music we have heard so far this season reflects that philosophy. The concert this past Sunday (February 16) was, from my perspective, an exception to that rule.

There were two works on the program: Bruckner's beautiful Symphony No. 7 from 1884 and Russian composer Sofia Gubaidulina's "Offertorium." Originally written for and first performed by the noted violinist Gidon Kremer in 1981, "Offertorium" was revised in 1982 and 1986, finally getting a recording in its final form by Mr. Kremer and the Boston Symphony in 1988.

"Offertorium" strikes me as a work most concertgoers are unlikely to love. It's music that makes extravagant demands on both the violinist and the audience. In return for those demands the violinist, if they're up to the task, gets the satisfaction of demonstrating spectacular technique. The audience, on the other hand, gets around 35 minutes of music which, until the last ten minutes or so, often feels like a soundtrack for a particularly violent slasher movie.

Given that the central section of the work, as Rachel Campbell writes at allmusic.com, "centers on the Last Judgment and the suffering of Christ on the cross," I understand the reason for the auditory violence. Even so it starts, after while, to feel more like an assault than an attempt at communication.

For me, the chief attraction of "Offertorium" was not the music itself so much as the stellar performance of it by violinist Baiba Skride and guest conductor Rafael Payare. Ms. Skride's technique had that touch of the superhuman that this often unreasonably demanding piece requires, both in the long cadenza that links the first and second halves of the work and in the frequent solo passages (with the orchestra silent) that seem designed to push the capabilities of the performer and the instrument to their limits. Her artistic sensitivity was apparent as well in that final, Bernstein-like hymn.

There were some pretty stellar performances by the members of the orchestra as well, including a tricky passage for celesta, piccolo, and glockenspiel (performed with impressive precision by Nina Ferrigno, Ann Choomack, and a member of the percussion section whose name I foolishly forgot to write down) and a long, yearning melody in the final section (essentially the original theme played backwards) by Principal Cello Daniel Lee that was a thing of beauty. Indeed, everyone in the band deserves praise for handling a new work of this complexity, as does Mr. Payare for his expert direction.

About the Bruckner Seventh that concluded the concert, I have much less ambivalence. Mr. Payare offered a very persuasive account of this massive work which, if not always entirely to my personal taste, was nevertheless well thought out and gratifying on its own terms.

First performed in 1884 and last heard here in 2011 under David Robertson, the Seventh is (as I noted at the time) in some ways the quintessential Bruckner symphony. The opening movement alternates moments of great, heaven-storming power and quiet mystery, the Adagio builds to a rapturous climax, the Scherzo swings back and forth between the demonic and the bucolic, and the finale builds inexorably to sheer, brass-heavy exultation.

All of that came through with impressive clarity in Mr. Payare's reading. He built those long, slow climaxes that are a hallmark of Bruckner's music skillfully while still honoring the bucolic simplicity of the trio of the Scherzo third movement and the central section of the Adagio moderato first movement. The main theme of the Scherzo had wonderful energy as well.

The Seventh, like all of Bruckner's symphonies, asks a lot of the brass players, but the SLSO musicians were more than up to the challenge. The horns, trumpets, trombones and tuba sounded heavenly, especially when joined by the four Wagner tubas. The latter--played by Todd Bowermaster, Cara Kizer, Tricia Jöstlein, and Young Kim--were particularly effective in the quieter moments of the final movement.

Parenthetical note: Inspired by a visit to the workshop of noted Parisian instrument-maker Adolphe Saxe, the Wagner tuba was constructed to the composer's specifications by the Moritz firm in Berlin. It looks rather like the euphonium I played in high school but has a range similar to that of a French horn, with which it shares the same conical mouthpiece.

Some sort of award is surely due as well to percussionists Will James and Alan Stewart, whom Bruckner obliges to sit through the entire symphony simply to play a single cymbal crash and a few strikes of the triangle at the climax of the second movement. Bruckner scholars go back and forth over whether that brief moment should be included and while I'm agnostic on the subject, I do sometimes wonder what the composer was thinking when he wrote that little passage.

Mr. Payare is a striking figure on the podium, by the way. Tall, lanky, and looking a bit like the young Gustav Mahler, his visual style mirrors the lyrical sweep of his musical style. Newly appointed Music Director of the San Diego Symphony Orchestra, the 39-year-old graduate of Venezuela's celebrated El Sistema musical education program has already gained considerable attention worldwide. If Sunday's performance was any indication, he has a solid future in conducting.

Next at Powell Hall: Kevin McBeth conducts the St. Louis Symphony IN UNISON Chorus and soloist Oleta Adams in Lift Every Voice: A Black History Month Celebration, on Friday, February 20, at 7:30 pm. Gemma New conducts the orchestra and narrator Bobby Norfolk in Prokofiev's "Peter and the Wolf" on Sunday, February 16, at 3 pm. The concerts take place at Powell Hall in Grand Center.