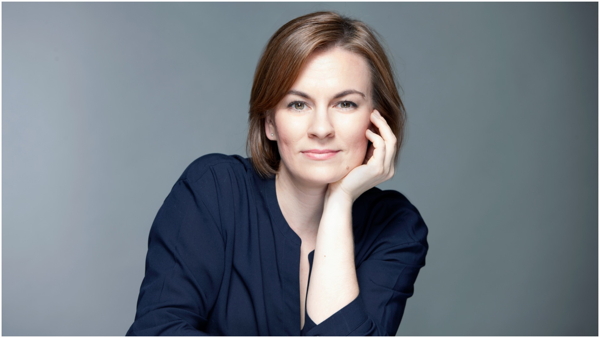 Review: Beer, pretzels, and opera are a winning combination at the SLSO's season closer

What’s better than having the full St. Louis Symphony Orchestra (SLSO) back on stage for an evening of “Operatic Encores”? Well, how about having free beer and pretzels in the lobby beforehand, courtesy of Schlafly and Gus’s, respectively?

Daniela Candillari, who just finished conducting the “New Works, Bold Voices Lab” at Opera Theatre last week, was on the podium on Thursday (June 24) for this entertaining traversal of works by a diverse group of composers, including one—Joseph Bologne, Chevalier de Saint-Georges (1745-1799)—who was the first known black composer of Western classical music. That was a St. Louis premiere, as was the “Entr’acte Sevillana” from Jules Massenet’s “Don César de Bazan.” Candillari found the piece in the SLSO library where it had sat, unperformed, since 1918.

The evening got off to fine start with an energetic performance of the overture to Beethoven’s “Fidelio.” Candillari’s opera house experience is extensive, and it showed in her ability to bring out all the drama here and elsewhere in the program.

Up next was the 1883 “Carmen Fantasy” by the Spanish violinist/composer Pablo de Sarasate. Sarasate's skill was legendary, and this mini-violin concerto assembled out of themes from Bizet's opera bristles with technical challenges, including an elaborately ornamented version of the famous “Habanera” and the insanely fast finale, based on the Act II “Danse bohème.” The soloist was Assistant Concertmaster Erin Schreiber, who brought down the house with Ravel’s “Tzigane” in April.

Needless to say, she did it again Thursday night. Her playing of the harmonics in the opening Allegro moderato were impressively clear, she had a fine singing tone in the Lento assai, and she handled the flashy finale with stunning precision. Her concentration was intense and her communication with Candillari was close. She earned every bit of her standing ovation.

Schreiber also has a keen understanding of the visual aspect of musical performance, as have many of the great virtuosos of the past. Paganini, for example, famously dressed entirely in black. Schreiber’s color of choice is apparently red, often matching her blood-red violin with bright red gowns that reflect the music being played. This time around, she wore a long, high-necked dress with marked Spanish elements (most prominently lace).  A solo performance is, like it or not, a form of theatre, and costume choice is an important part of that.

Next was the brief and moving prelude to Act III of Verdi’s “La Traviata,” with its fleeting recollections of earlier melodies and the descending motif that anticipates Violetta’s death, all played with great sensitivity by the strings. The mood shifted to the jocular with the overture to Bologne’s only surviving opera, “L’amant anonyme” (“The Anonymous Lover”). It’s an appealing piece, with a jolly opening theme reminiscent of Haydn.

Two works by Jules Massenet were next, beginning with the familiar “Meditation” from Massenet's 1894 operatic potboiler "Thaïs." In the opera it accompanies a wordless scene in which the titular courtesan contemplates abandoning her sybaritic life to join the Cenobite monk Athanaël in the desert. The solo violin and harp are prominently featured, and those roles were filled expertly and with compelling passion by Second Associate Concertmaster Celeste Golden Boyer and Principal Harp Allegra Lilly.

Next was “Entr’acte Sevillana”—brief, colorful, and engaging, with a flute part that anticipates the “Castillane” from his “Le Cid” ballet neatly done by Associate Principal Andrea Kaplan and company.

It was back to familiar territory with the three closing works, starting with the overture to Mozart’s “Die Zauberflöte” (“The Magic Flute”), the 1791 Masonic-tinged singspiel (the 18th-century equivalent of a Broadway musical) that would prove to be his last completed work for the stage. The three solemn opening chords were especially stately under Candillari’s baton, and the ingeniously constructed Allegro was delivered with meticulous verve.

Next was the justifiably popular “Intermezzo” from Pietro Mascagni’s one and only hit “Cavalleria rusticana.” The title is usually translated as “Rustic Chivalry,” although that hardly does justice to the opera’s lurid verismo tale of seduction, betrayal, and murder. Thursday night’s performance was romantic enough to make one swoon, which I nearly did; well done.

The evening came to a lively conclusion with the excessively familiar overture to Rossini’s “William Tell.” The opera is rarely performed because of its length and vocal demands, but the overture is another story, especially the stirring “March of the Swiss Guards” that concludes it. Thank you, Lone Ranger.

In any case, Candillari led the orchestra in a powerful reading of it. The opening “Dawn” section was beautifully done by Principal Cello Daniel Lee, Associate Principal Melissa Brooks, and the double basses under Assistant Principal Christopher Carson. The famous “Storm” sequence had great impact, followed by a perfect English horn and flute duet by Cally Banham and (I assume) Andrea Kaplan, respectively.

The “March” was, of course, a Certified Rouser and an appropriate finish to a crowd-pleasing evening. Credit Candillari’s impressive conducting for that, with its abundance of fire and attention to detail, along with the usual fine playing by the members of the band. It has been quite a while since they were all able to assemble like this, but you wouldn’t have known that from the quality of the performance.

Candillari’s informal and informative comments on the music also added to the easygoing charm of the evening.

The concert opened with a big “thank you” from orchestra CEO Marie-Hélène Bernard and Principal English Horn Cally Banham, who is also the musician representative on the board. They bade a fond farewell to three members of the orchestra who are retiring at the end of the season: Music Librarian Elsbeth Brugger, Principal Flute Mark Sparks, and percussionist and cymbal virtuoso Thomas Stubbs, who has been with the orchestra for half a century.

Mr. Stubbs’s work on his principal instrument can be heard for the next few weeks at the SLSO web site in the spectacular Tchaikovsky Symphony No. 4 that was originally performed in 2017 and rebroadcast on June 12th on St. Louis Public Radio. The cymbal part in the finale is insanely fast and Stubbs’s performance is nothing short of heroic.

The special “Operatic Encores” concert marked the end of the current season, but tickets are now on sale for the first part of the 21/22 season at the SLSO website. The orchestra will be up to full strength and Powell Hall will be operating at a minimum of 50% capacity, depending on what happens with the pandemic.  Let’s all keep our fingers crossed and get our shots if haven’t already done so, OK?