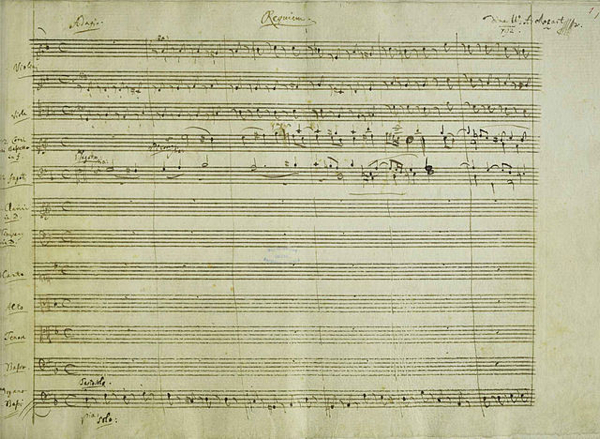 If you’re on the email list of the St. Louis Symphony Orchestra (SLSO), you probably know that earlier this week there were major changes in the program for this weekend (March 4-6). Patrick Summers, the Artistic and Music Director of the Houston Grand Opera, will make his debut with the SLSO on short notice, leading the orchestra, St. Louis Symphony Chorus, Principal Horn Roger Kaza, and a quartet of soloists in an all-Mozart program. That quartet includes mezzo-soprano Jennifer Johnson Cano who, on equally short notice, will sing “Non più di Fiori” from “La Clemenza di Tito.” Ditto Kaza, who will perform Mozart’s Horn Concerto No. 2.

Summers replaces Russian conductor, countertenor, and violinist Dmitry Sinkovsky, who was scheduled to conduct and appear as a soloist in a program that included music by Handel and Bach. Sinkovsky, notes the press release, “is unable to travel to St. Louis this week.”

Make of that what you will.

What hasn’t changed is the major Mozart work that takes up the second half of the concerts: the Requiem in D minor, K. 626, from 1791—the last year of Mozart’s life and the same one in which he composed not only “La Clemenza di Tito” but also “Die Zauberflöte” (“The Magic Flute”) and his K. 622 Clarinet Concerto. Which may explain, in part, why Mozart died before he could complete it—his creative spirit was just too strong for a body weakened by poverty and illness.

Indeed, the only part Mozart completed in its entirety was the opening “Introitus—Requiem.” The following “Kyrie” was mostly finished, but the rest was in various stages of completion when the composer died, with basically nothing in his hand after the first eight bars of the “Lacrymosa.” At the request of Mozart’s widow Constanze, the composer’s pupil and copyist Franz Xaver Süssmayr filled out the rest, possibly with the help of others.

Or possibly not. The fact is, everything about the “Requiem” has been a source of dispute since Mozart's death, including the wisdom of using Süssmayr's completion. At least two other completions were done in the early 19th century and many musicologists have produced their own over the last four or five decades. You can read all about it on Wikipedia or take a look at Christoph Wolff's 1994 book Mozart's Requiem.

But I digress. The important thing is that four-fifths (or thereabouts) of a Mozart masterpiece is still very fine stuff. And it will be good to hear the SLSO Chorus once again, as their voices have been silent for far too long. Joining them, in addition to Cano, will be soprano Erica Petrocelli, tenor Nicholas Phan, and bass Soloman Howard.

The concerts will open with the overture and aria from “La Clemenza di Tito,” an opera last seen here in a 2017 production by Opera Theatre. It was commissioned by the Prague National Theatre, which needed a ceremonial piece to celebrate the coronation of King Leopold II. Mozart had been trying to get some patronage out of Leopold for the past year, so it probably looked like a golden opportunity for the perennially impoverished composer.

The original libretto, by the ever-popular Metastasio, was based on the historical Roman Emperor Titus who, in Metastasio's incarnation, was the Platonic ideal of the benevolent despot, routinely forgiving his enemies and ruling with wisdom and justice. Mozart had the Viennese court poet Mazzolà revised and shorten the script in keeping with then-fashionable notions of what constituted “a true opera” (i.e., one employing elements of both opera buffa and opera seria) and added some very Masonic/Christian notions of forgiveness and repentance. The final product made Tito/Titus look more like a saint than an earthly ruler, which probably suited King Leo just fine.

The moving aria “Non più di Fiori” comes from the final act of the opera. In it, Vitellia, who has been plotting from the beginning to overthrow Tito, finally sees the error of her ways and spills the beans to Tito. Who, of course, forgives her instead of literally throwing her to the lions.

Fun fact: as a gift to his friend, the clarinet virtuoso Anton Stadler, Mozart wrote a basset horn obbligato part to accompany the soprano. Essentially a larger version of the clarinet with a more powerful low end and a darker tone quality, the basset horn looks a bit like a cross between a clarinet and a sax. The instrument made its last appearance on the Powell Hall stage as part of the 2021 chamber music festival, when it was played by Ryan Toher of the clarinet section.

Stadler wasn’t the only notable instrumentalist for whom Mozart wrote showpieces. He composed four horn concertos for his friend Joseph Leutgeb which have since become part of the core repertoire for the instrument. This weekend we’ll be hearing the 1783 Concerto No. 2, K. 417, with Principal Horn Roger Kaza as the soloist. He’ll be playing a modern valved horn, which will have a distinct advantage over Leutgeb, who had to produce all of Mozart’s notes with a valveless natural horn. He wasn’t showing off; the valved horn wasn’t invented until 1814, by which time both he and Mozart were no longer with us.

The concerto runs a little over 15 minutes and is in the usual three-movement format. It and the other three horn concertos are instantly likeable works that require little in the way of introduction or analysis. “The first movement,” writes Caitlin Custer in this weekend’s program notes, “is a well-mannered conversation, the second full of beautiful long lines, and the third a dance between solo horn and sparkling strings.”

That, as Mr. Keats wrote, “is all ye know…and all ye need to know.”

The Essentials: Patrick Summers conducts the St. Louis Symphony Orchestra, Chorus, and soloists in an all-Mozart program Friday at 7:30 pm, Saturday at 8 pm, and Sunday at 3 pm, March 4-6. Performances take place at Powell Symphony Hall in Grand Center. Saturday’s concert will also be broadcast live on St. Louis Public Radio and Classic 107.3 both over the air and on the Internet.