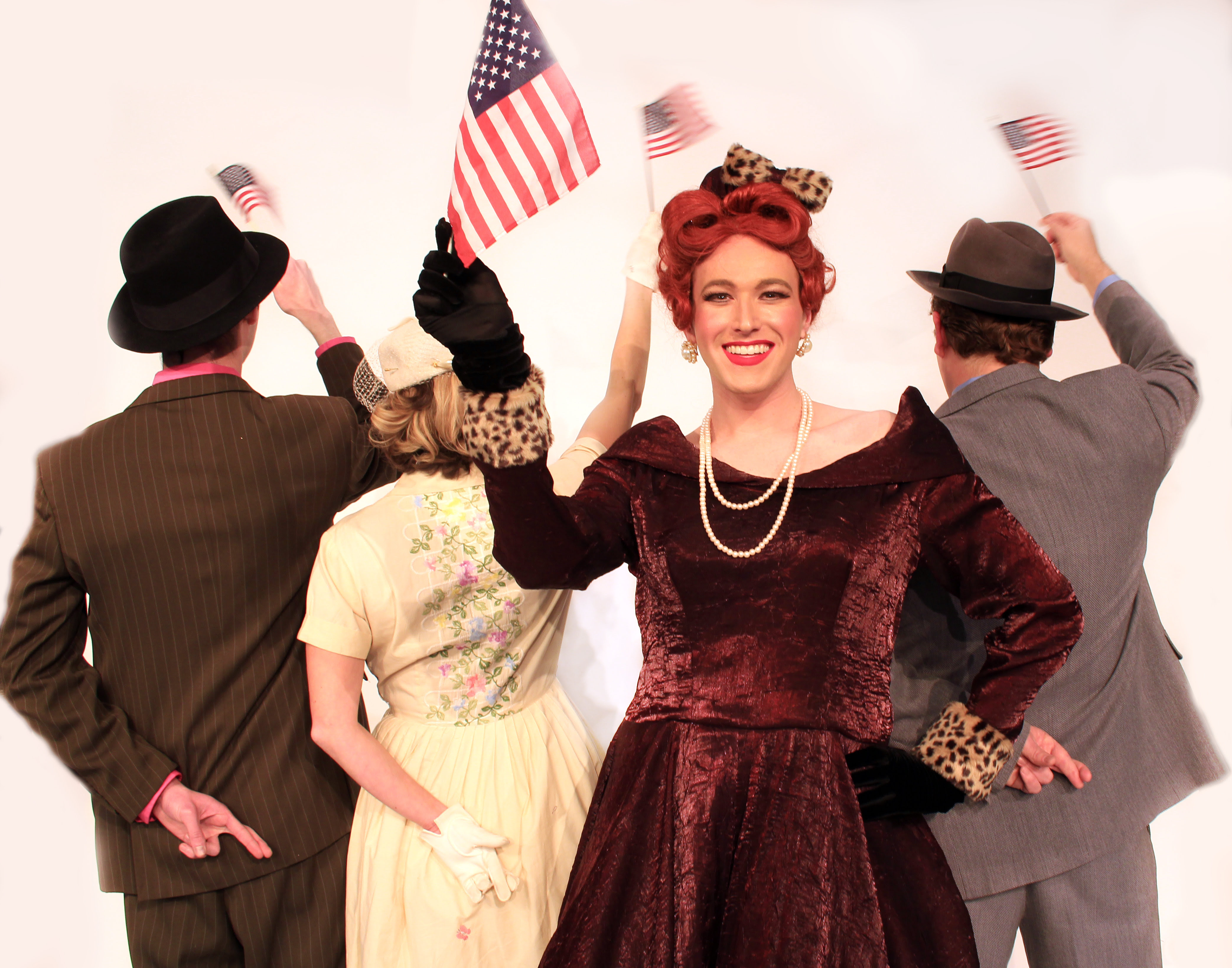 In Performance: From intense drama to musical revelry to hilarious comedy, this weekend offers a little something for every theatrical taste

As the 2018 theater calendar moves into February, audiences are presented with an abundance of choices for high-quality, live entertainment. With six new productions opening and a number of continuing shows, there’s something for every family member and taste, giving you numerous opportunities to add local culture to your weekend plans.

Upstream Theater probes the dark psychology behind a complex, criminal character with its production of Albert Ostermaier’s Infected, translated by company artistic director Philip Boehm. The one-man show takes a deep dive into the mind of an extremely clever if fundamentally immoral day trader who is compelled to examine his actions while quarantined. The show, written in dense, nonlinear verse, nonetheless makes it clear that greed paves the slippery slope leading the trader from moral ambiguity to serious crime.

In a surprising move, director Patrick Siler cast distinguished St. Louis actor and genuine nice guy Alan Knoll in the morally bankrupt role. Knoll relishes the opportunity to play such an interesting if ultimately unredeemable character. “It’s hard to love this guy, his type,” Knoll begins, “but that’s part of what makes the role so juicy and challenging. At some point, as an actor, you begin to find levels in the character and to fall in love with his humanity. You work to convey that to the audience, to engender some slight sympathy for a pretty despicable guy.”

A manic monologue in a downward spiral, the show is relentless and intense. “There’s sense of chaos, of the descent from rationale behavior, that’s emphasized by David A. N. Jackson’s sound scape,” Knoll adds with obvious appreciation. “Deep down this man is miserable, but he’s bought into materialism as a philosophy, a lifestyle. Ultimately, the show is an indictment on greed without conscience.” Upstream Theater’s Infected runs through February 25 at the Kranzberg Arts Center.

Stray Dog Theatre presents Red Scare on Sunset a witty comedy that uses art to mirror politics, tapping into contemporary anxieties over the influence of foreign governments in the U.S. The show is set in the 1950s, when McCarthyism and the “red scare” of communism swept the country catching numerous Hollywood writers, producers, and performers in its wide net. Mary Dale, a star in the mold of Donna Reed, discovers that her husband has been tricked into joining the communist party through a method acting class. Alarmed, she wages a war of her own to save her husband and country!

Will Bonfiglio, who plays Mary Dale, observes that there’s an inherent patriotic sensibility to the character that, in an odd and endearing way, compels her to take action. Company artistic director Gary F. Bell points out that the tone of the show dictates that Bonfiglio play the part convincingly feminine, with a nod to Hollywood glamour. “Mary sees herself as a typical American homemaker who just happens to be a star,” he notes. “(Playwright Charles) Busch has a way of skewering artifice to question current realities,” he concludes, “and Mary Dale needs to be sincere and committed for the show to succeed.”

“Because she’s a star, Mary Dale is always on and always looks the part. So I have to walk, gesture, and pose with a certain affectation,” Bonfiglio explains. “And it takes a village to turn me into Mary Dale,” he adds, laughing with Stephen Peirick, who plays husband Frank, before complementing the costumer, make-up artist, and even cast mates Peirick and Michael Baird, both of whom have performed on-stage in women’s attire, for their work and advice. Stray Dog Theatre’s over-the-top patriotic comedy Red Scare on Sunset runs through February 25 at Tower Grove Abbey.

St. Louis Actors’ Studio presents BlackBird, a show for mature audiences that explores the post-incarceration interactions between a convicted pedophile and his now grown victim. Director Annamaria Pileggi was initially drawn to the complexity of the relationship between the two characters and had no way of knowing how timely the play would become.

“The accusations of sexual assault against men in positions of power and the outpouring of response through the #MeToo movement magnify the play’s potential power and resonance,” she explains. Pileggi complements actors John Pierson and Elizabeth Birkenmeier on their professionalism throughout the production process. While she’s aware how politically charged the subject matter is, she “relishes the opportunity to contribute to an ongoing dialogue about sexual assault in our society.” St. Louis Actors’ Studio production of BlackBird runs through February 25.

In its simplest terms, The Humans tells the story of three generations of the Blake family gathering together to celebrate Thanksgiving. Though they try to make the best of the holiday, each of them is struggling in one way or another. Lauren Marcus, who plays Brigid Blake, comments that the show is like “a 90-minute exploration into the psyche of the American family,” adding that everyone will likely recognize something of their own family in the richly authentic characters. The Repertory Theatre of St. Louis’ production of the Tony-award winning play The Humans runs through March 4.

Cold, a new play by Ben Jolivet, pits two parents against each other, emotionally and philosophically, as they face the possible death of their young daughter from a minor illness that suddenly turned life threatening. Tesseract Theatre managing director Brittanie Gunn remarks, “the company had no idea how severe this flu season would be when we selected the script. But it certainly adds relevance and weight” to an already difficult subject. “No one wants to have to make these kinds of decisions about their child,” she continues. “To discover, at that critical moment, that you and your spouse have radically different opinions on end of life issues piles devastation on top of heartbreak.” Tesseract Theatre’s Cold runs through February 18.

West End Players Guild brings a forgotten piece of history to life with Silent Sky, a gorgeous tribute to the beauty of space and women in science. The play tells the true story of Henrietta Leavitt, an early 20th century astronomer who overcame sexual prejudice, limited opportunity, and personal hardship to reshape our understanding of the universe. “It’s an honor to play such an important historical character and to tell her story,” says Rachel Tibbetts, who plays Leavitt in the compelling drama. “To think that I might be introducing her to someone who’ll be encouraged to pursue their dreams and overcome their barriers is an added bonus.” Directed by Ellie Schwetye, Lauren Gunderson’s uplifting and inspirational Silent Sky runs through February 18 at the West End Players Guild.

Metro Theater partners with Jazz St. Louis to present Bud Not Buddy, the story of a boy who finds a home and a passion for music. The award-winning play debuted at the Kennedy Center in 2017 and the St. Louis premier runs through February 25. The inventive and heartwarming show combines eight actors and a live 13-piece jazz band to tell 10-year-old Bud’s search for his father.

New Jewish Theatre’s production of The How and the Why, features two exceptional female scientists, evolutionary biologists, who have much more in common than first appears. Can the women learn to respect, listen to, and support each other or will politics and the past keep them at odds? Layered with contemporary issues and compelling performances, Sarah Treem’s The How and the Why runs through February 11 at New Jewish Theatre.